Interest rate rises due to lack of competition in mortgage market, Bank of Lithuania says 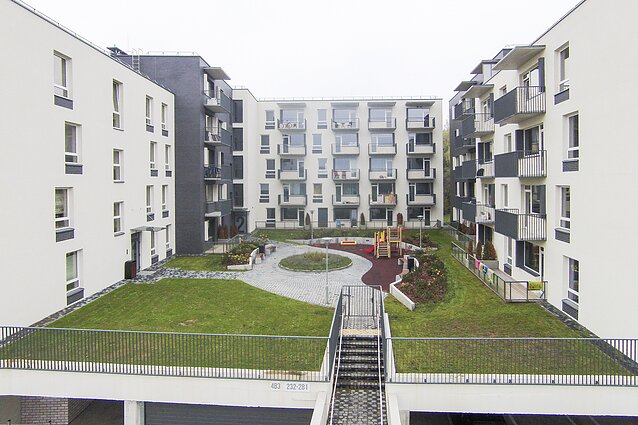 Things are hot in the Lithuanian housing market – people rush to buy flats, while commercial banks have raised interest rates. Lack of competition is a factor, according to the central bank.

The Bank of Lithuania governor says that commercial banks are raising interest rates – and boosting their profit margins – because loan applications are many and creditors are few. Meanwhile banks reject claims that the domination of the market by a handful of Scandinavian banks stifles competition.

The number of housing units sold per capita grew by a tenth last year and reached a 30-year high, Lithuania's central bank says.

Developers in Vilnius say that they sold 80 percent more units this year than during the same period in 2018. Many of the buyers are young professionals who saw their income rise significantly over the last few years.

“If an employee gets a 100-euro pay raise, it means that they can borrow €8,000 more,” says Martynas Žibūda, director for development at Eika.

People rush to buy flats and houses, fearing that prices will grow. About 40 percent of the deals are financed through mortgages.

But mortgages have gotten more expensive, too. This year, interest rates are 0.3 percentage points above what they were a year ago. And since people take out loans for longer periods, even a tenth of a percentage point translates into additional thousands of euros to be paid back to banks.

Vitas Vasiliauskas, the governor of the Bank of Lithuania, says the reason for the rise is weak competition. Essentially, three banks – Swedbank, SEB Bankas and Luminor – are responsible for 96 percent of mortgages.

“Demand for housing loans is growing, while the number of creditors is what it is,” according to Vasiliauskas. “New players will not appear in the market within a year or two, so we have a situation where the law of supply and demand works its trick.”

A spokesman for commercial banks counters that creditors are raising interest rates to meet the central bank's regulation to keep bigger reserves.

“When they introduce a rule on counter-cyclical capital reserve, which is now 1 percent, to cool down the market and build some buffer, it clearly has an effect [on interest rates],” says Mantas Zalatorius, the president of the Association of Lithuanian Banks.

According to Vasiliauskas, however, counter-cyclical reserve requirements are an accepted practice and do not normally lift interest rates.

The heat-up in the real estate and mortgage markets raises some concern, the Bank of Lithuania warns.

“An autumn may come and one shouldn't behave like the grasshopper in [Aesop's] fable,” Vasiliauskas says, adding that “we are not sounding the alarm bell.”

At the moment, housing prices in Vilnius have stabilized. According to the Bank of Lithuania, the reason might be that developers find it hard to sell new units.

Some construction companies are already facing financial difficulties, according to the central bank, the first time since the economic crisis a decade ago.

Commercial banks are issuing fewer loans to businesses, about a third of applications get rejected.

Banks say they have learned the lessons of the 2008 crisis and are looking closer whether businesses will be able to repay the loan.