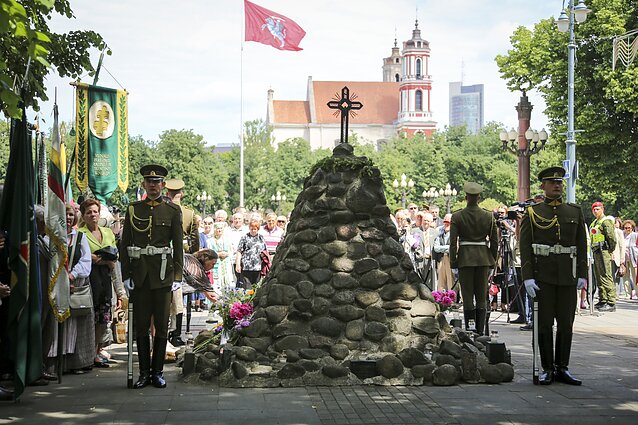 The monument for prisoners and deportees in Aukų Street, Vilnius / BNS

Lithuania is marking the Day of Mourning and Hope on Friday, the 78th anniversary of the beginning of Soviet mass deportations.

On June 14, 1941, the Soviet Union launched mass deportations from Lithuania, which the Red Army occupied a year before. About 18,500 people were taken to exile or labour camps in Siberia, including the country's former president Aleksandras Stulginskis.

A flower laying ceremony will take place at Antakalnis Cemetery at the monument for those who died for their homeland, and later the Seimas, parliament, will hold a solemn sitting.

At one minute before noon, the public project ‘Mission Siberia’ is inviting people to hold a minute of silence. Soon afterwards, Lithuania's flag will be hoisted during a solemn ceremony in the Independence Square outside the parliament.

A ceremony to honour victims of the Soviet occupation and Soviet-era repressions will be held at the monument of prisoners and deportees in Aukų Street in Vilnius.

At 13.00, the annual campaign ‘Say, Hear, Remember’ will start in Vilnius and other towns of Lithuania and people will read the names of deportees and political prisoners. American Lithuanians will also join this campaign and will read the names in Washington at a monument to communism victims.

A service will be held at Vilnius Cathedral on Friday afternoon. 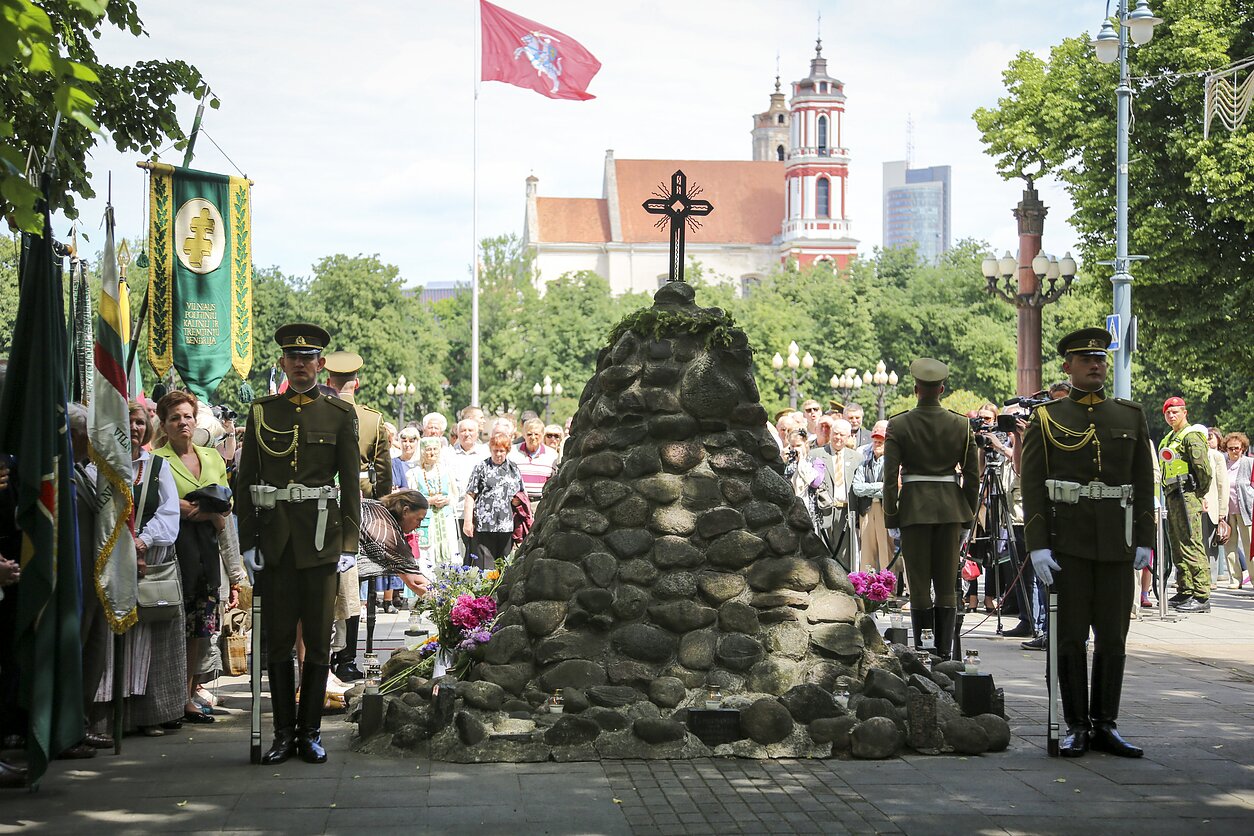 The monument for prisoners and deportees in Aukų Street, Vilnius
1 / 1BNS