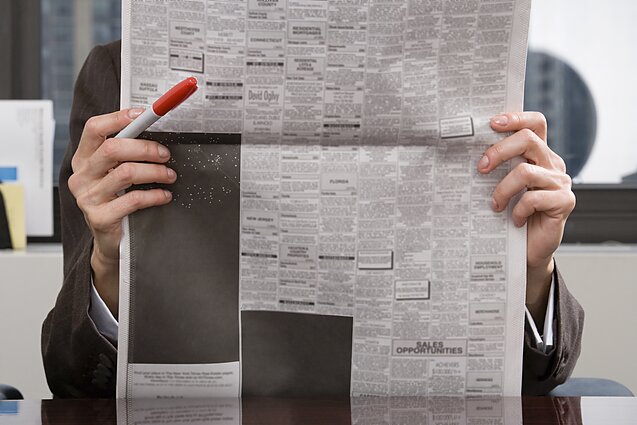 Lithuanian parliament, the Seimas, is considering a law obliging employers to include prospective salary in job ads. Labour unions support the initiative, while employers criticise it, saying the measure would be largely superfluous.

The parliamentary Committee on Social Affairs and Labour debated the measure on Wednesday. It would make it obligatory for job ads to include information about the offered salary or the possible range of pay.

Inga Ruginienė, the chairwoman of the Lithuanian Trade Unions Confederation, says the law would be beneficial in three ways.

First, it would give an advantage for prospective employees in negotiating remuneration terms.

Second, it would save time for both employers and employees, since successful candidates would not have reasons to reject unsatisfactory pay offers.

Third, the measure would help fight the black market, according to Ruginienė, by inconveniencing employers who pay their workers unofficially.

Meanwhile employer representatives insist that the measure is unnecessary.

“It means nothing for an employer to put down a bigger salary. But over the first three months, the pay will be lower, and then it will rise, if the employee is qualified,” according to Jonas Guzavičius, a vice-president of the Lithuanian COnfederation of Industrialists.

Danas Arlauskas, the president of the Lithuanian Business Employers' Confederation, says the measure would not give employees a better negotiating position, because the Employment Service already publicizes average salaries in different sectors.

Two years ago, the Lithuanian parliament passed a law, obliging all firms to disclose average salaries of their employees.