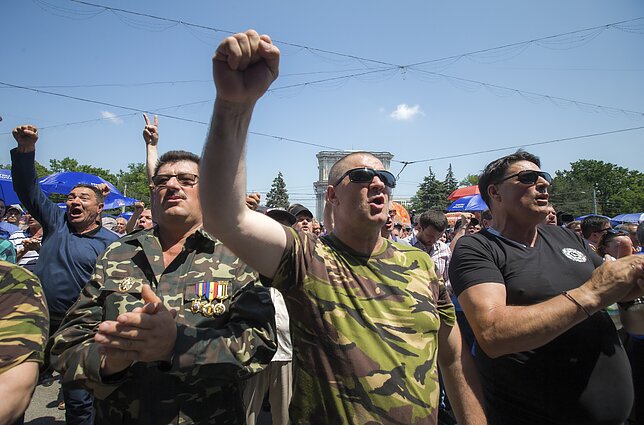 Lithuanian Minister of Foreign Affairs Linas Linkevičius has called for resolving the political crisis in Moldova through peaceful dialogue.

"We urge all political parties to not raise tensions and to find a way out of the current constitutional crisis through dialogue and peaceful resolution," the foreign minister said, adding that Lithuania is closely watching the situation.

Linkevičius on Monday discussed Moldova's political crisis with the Prime Minister of Moldova and leader of the Action and Solidarity Party Maia Sandu after her confirmation by Moldova's parliament.

"We have consistently supported Moldova's European aspirations and we will decide about the country's further path based on real achievements and reforms. The future of the associated country – Moldova – is Lithuania’s concern," Linkevičius said, adding that Moldova is an important partner of Lithuania and the EU.

The political crisis in Moldova further complicated on Sunday after the acting president dissolved the parliament and called a new election after months of arguments between pro-Russia and pro-European lawmakers.

Following the February election in Moldova, no party secured a clear majority and lawmakers failed to form a capable government. On Saturday, the parliament approved a new government based on an unprecedented alliance of pro-Russian and pro-European forces.

The government was formed despite the Constitutional Court's ruling on Friday that a new election must be held.

On Sunday morning, the Constitutional Court removed President Igor Dodon and tasked acting Prime Minister Pavel Filip to replace him. Filip signed a decree on Sunday to dissolve the parliament and called a snap election.