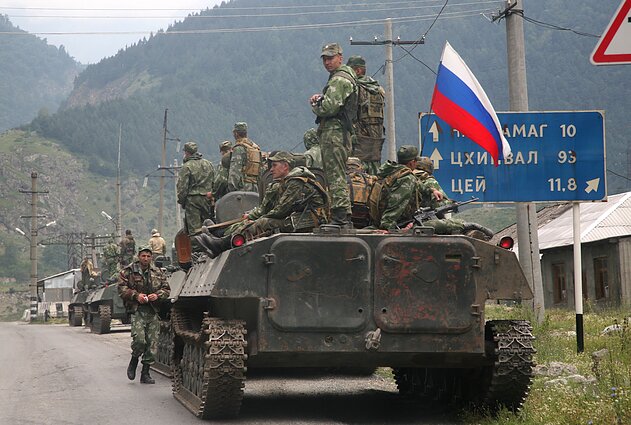 A column of Russian armored vehicles move through North Ossetia towards the breakaway republic of South Ossetia's capital Tskhinvali on August 8, 2008 / AP

Lithuanian Ministry of Foreign Affairs said on Monday it does not recognize the June 9 parliamentary elections in South Ossetia.

MFA said the elections "are illegal and have no credible results," and also dennounced the ongoing attempts to consolidate annexation of the region.

"We once again call upon Russia to withdraw the unlawful recognition of the so-called 'independence' of the occupied territories of Abkhazia and the Tskhinvali region, to fully implement the Ceasefire Agreement of August 12. 2008, to immediately withdraw its forces from the occupied territories of Georgia, and to engage constructively in the Geneva International Discussions," the ministry said.

Following the 2008 war with Georgia, Moscow recognized the independence of Georgia's breakaway regions South Ossetia and Abkhazia. Russia has thousands of its troops deployed in military bases in the territories of these regions.

The international community considers these regions to be Russia-occupied territories of Georgia.