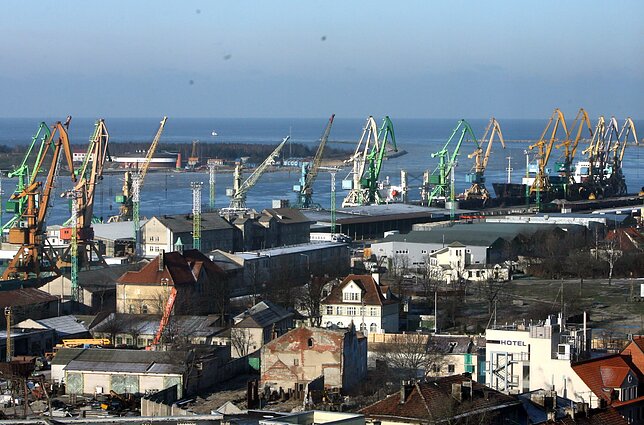 Businessmen from Lithuania's port of Klaipėda, who win government contracts in Russia, also receive orders from Lithuania's strategic companies and the military, the LRT investigations team has discovered.

Linked through its shareholders with Novikontas, RSB Kaliningrad has won over a dozen contracts from the Russian Federal Security Service and carries out work on Russia's special-purpose ships. Some of the work is funded from Russia's defence budget.

The LRT investigation team also discovered that RSB Kaliningrad sold and installed communication equipment on a Russian ship which Lithuanian security says made attempts to spy in the Baltic Sea.

Enterprises that belong to Novikontas have won public contracts of the Lithuanian army and the strategic port of Klaipėda. The latter asked a government commission to assess national security risks over deals with Novikontas last year, but the conclusion was that they were acceptable.

Clients of enterprises linked to Garant Group in Russia include a subsidiary of the Rosneft oil group, as well as Atomflot which operates a fleet of nuclear icebreakers.

An enterprise owned by a Garant shareholder has also had contracts with the Russian Federal Security Service (FSB) in Kaliningrad.

Garant Group's clients in Lithuania include the Lithuanian army, the State Border Guard Service, the port of Klaipėda and Klaipėdos Nafta which operates the Klaipėda-based LNG terminal.

The United States subject Russia's FSB to sanctions and bans businesses from working with it.

The FSB is not subject to similar sanctions in the EU or Lithuania.