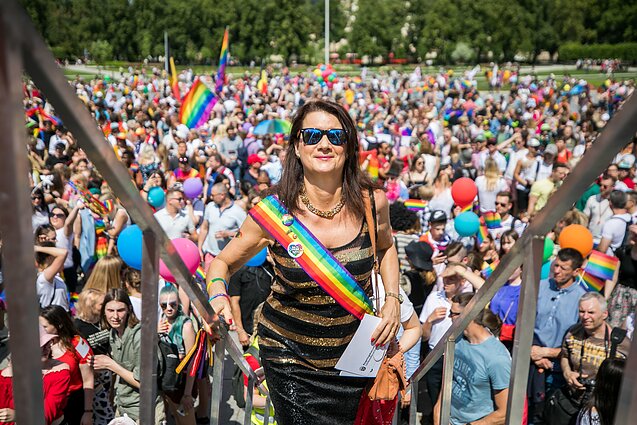 Around 10,000 people attended the March for Equality on Saturday, according to Baltic Pride organizers.

Crowds of people descended from Bernardinai Gardens via Gediminas avenue to Lukiškės square, carrying flags from the Baltic states, Azerbaijan, Poland, Russia, Israel and other nations.

This year, various political parties in Lithuania, corporations, as well as grassroot organisations took part in the march for equality. A counter-demonstration for 'family values' featured a few dozen people, alongside religious organisations handing out leaflets calling for prayer.

A trio of far-right youths, flanked by several police officers, displayed a poster against the LGBT+ movement.

"Let's remember the years of 2010, 2013, 2016 [...] I see how the city and people are changing, and I see that changes are not far and politicians will start [seeing us as voters] as well," Vladimir Simonko, head of the Lithuanian Gay League, told journalists on Saturday.

The Baltic Pride march rotates every year – last year it was held in Riga, with over 8,000 people taking part. In Vilnius this year, ambassadors from EU countries, the United States and Canada took part in the march, alongside Swedish Foreign Minister Ann Linde, Dutch MEP Sophie in 't Veld, and Scottish Minister for Older People and Equalities Christina McKelvie.

Take a look at the photos below, to see how the event unfolded. 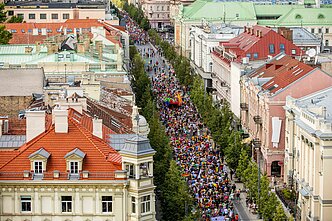 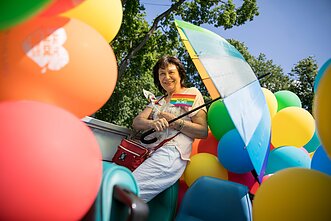 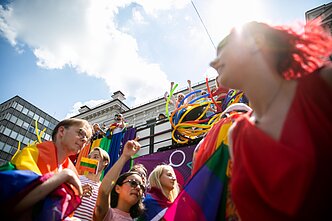 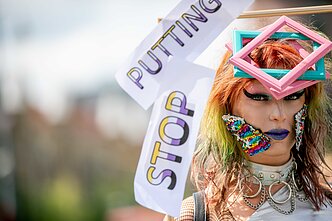 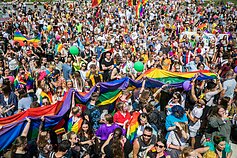 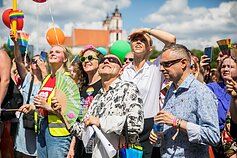 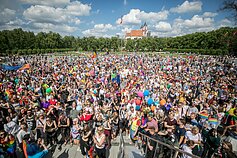 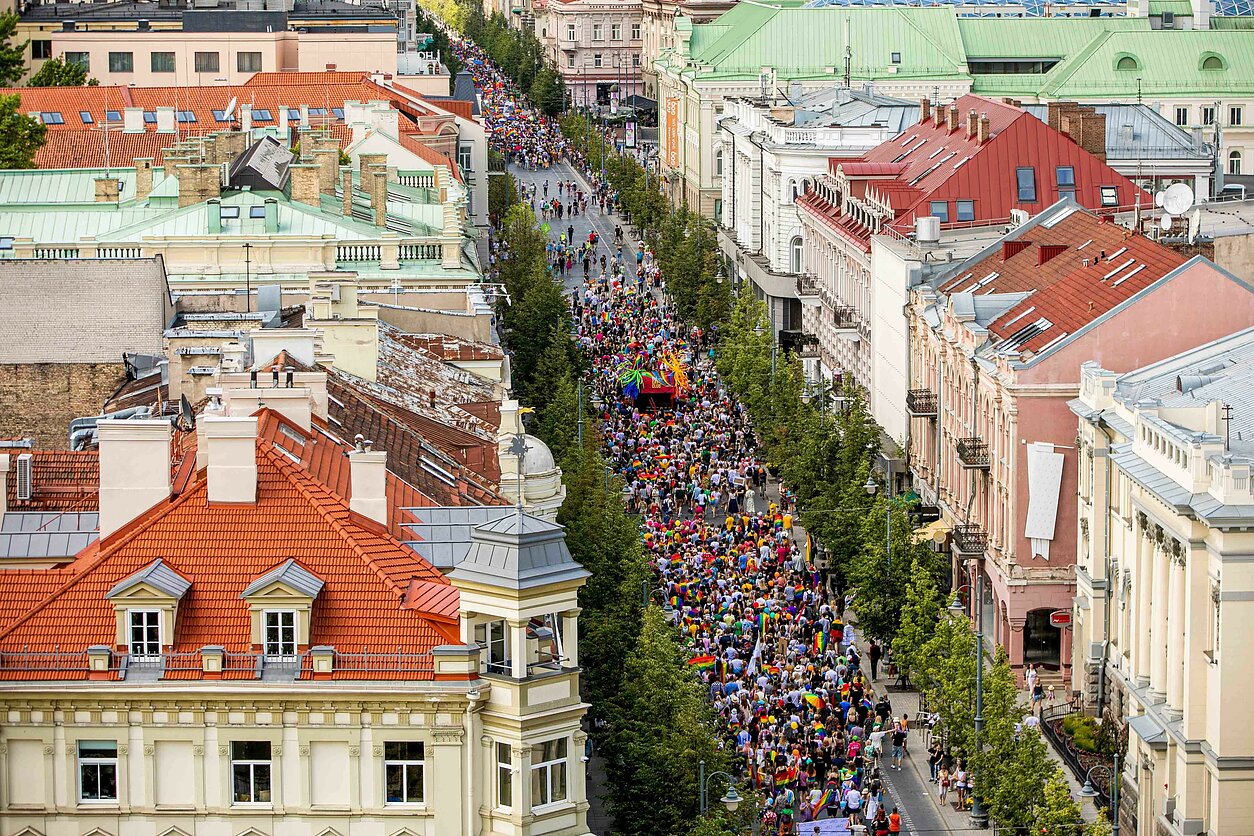 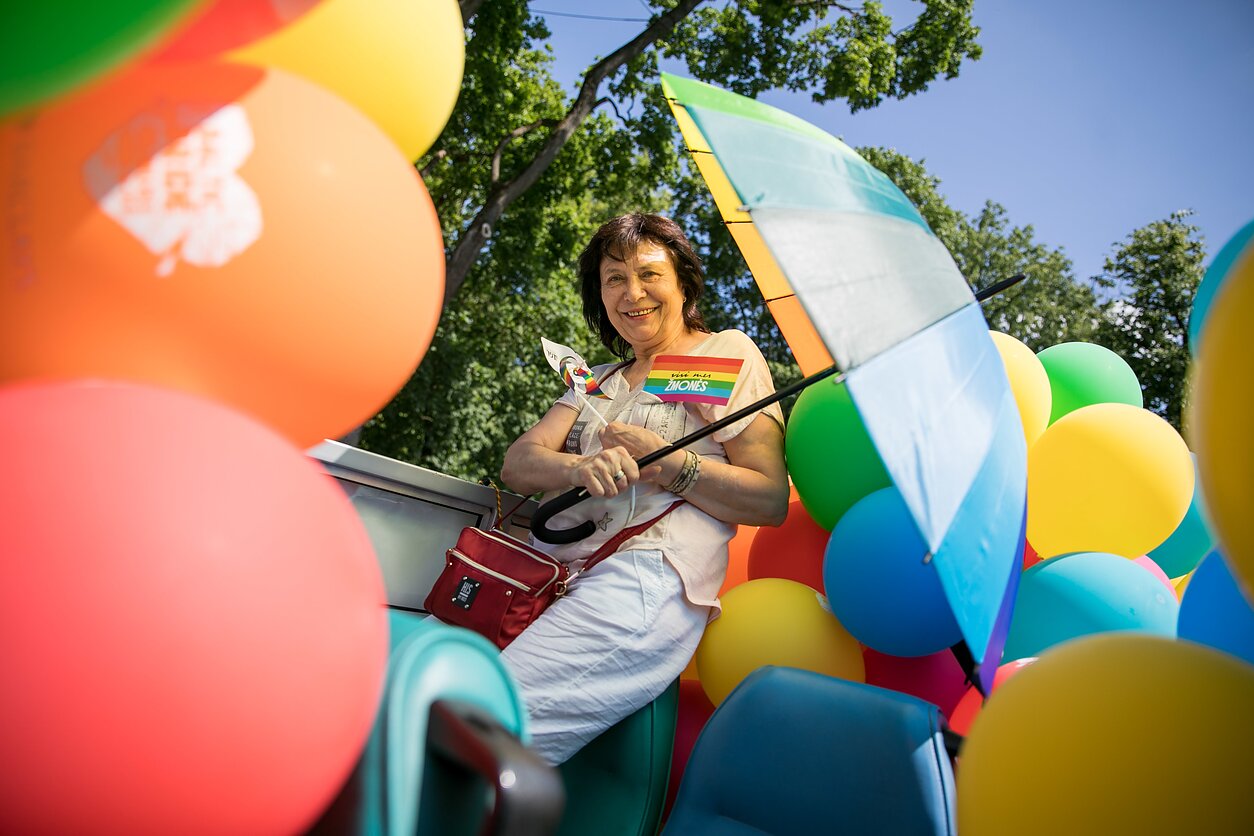 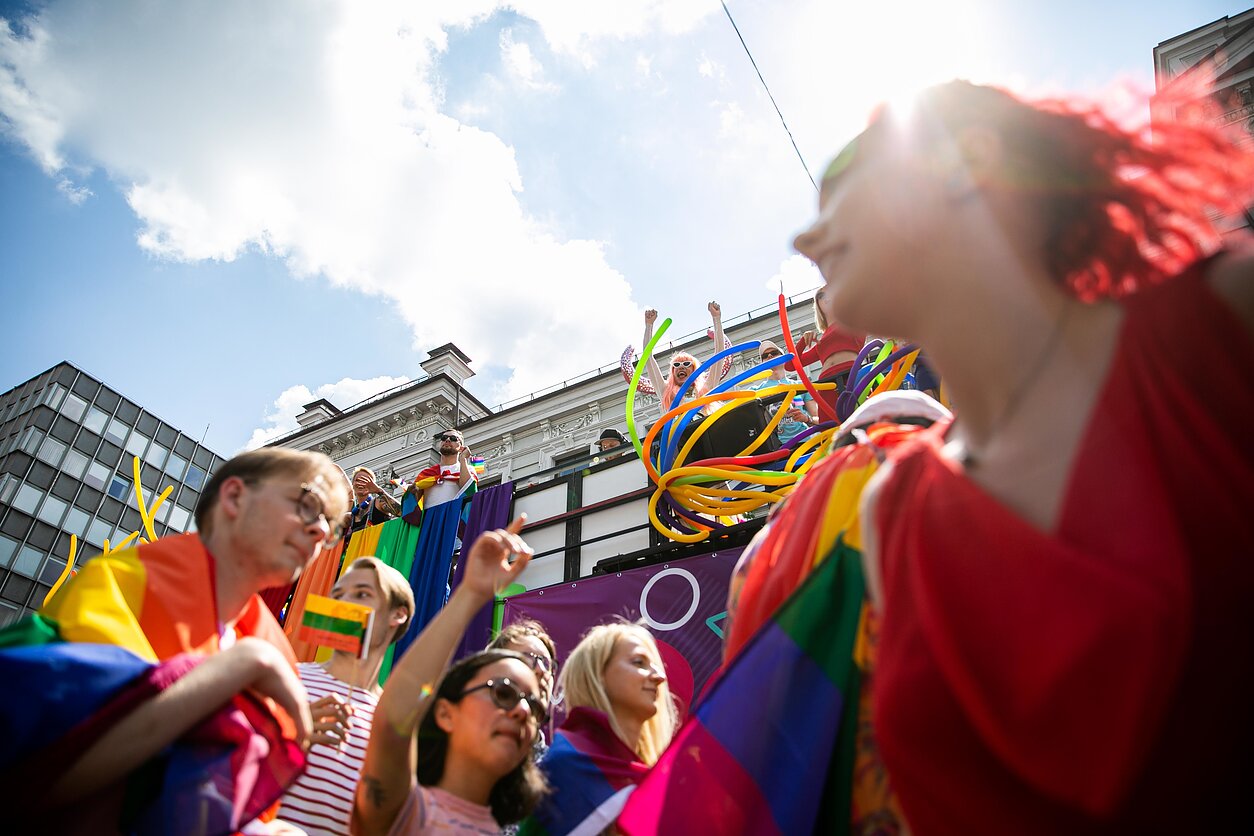 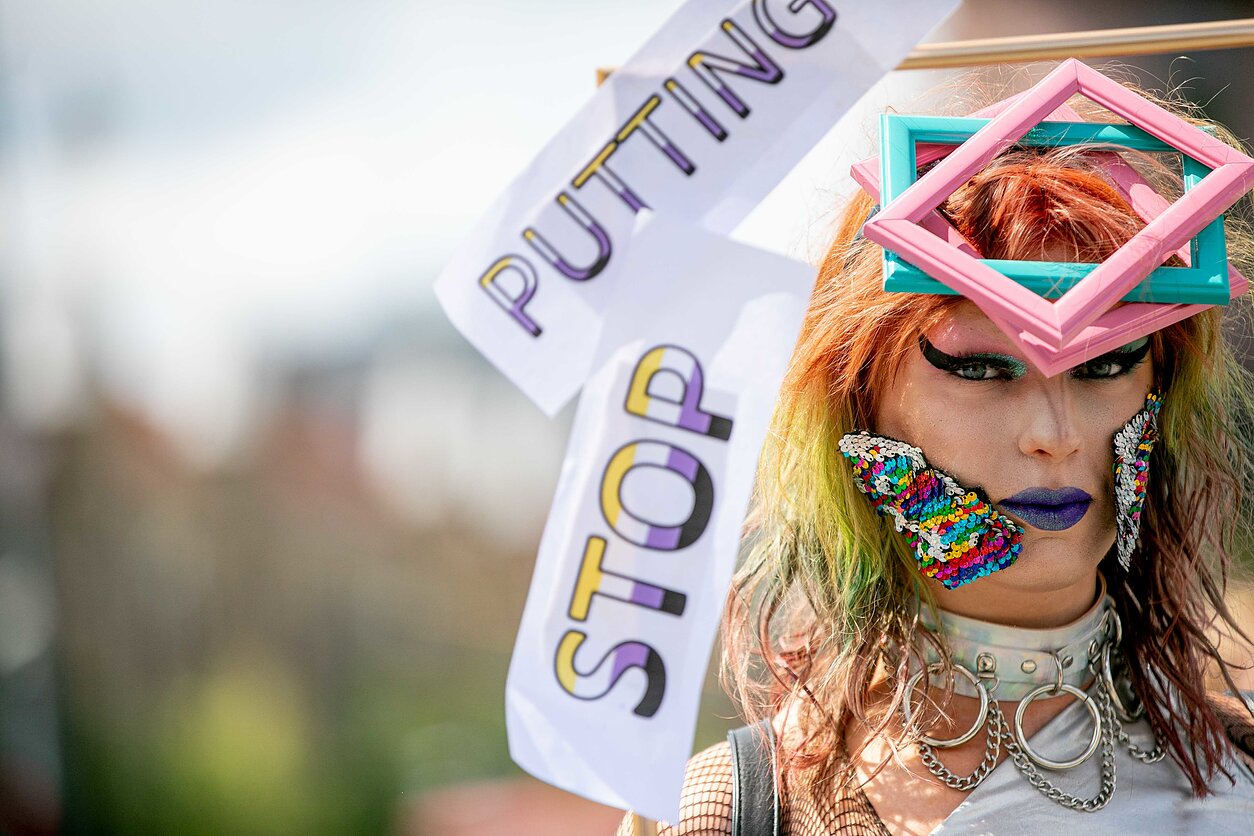 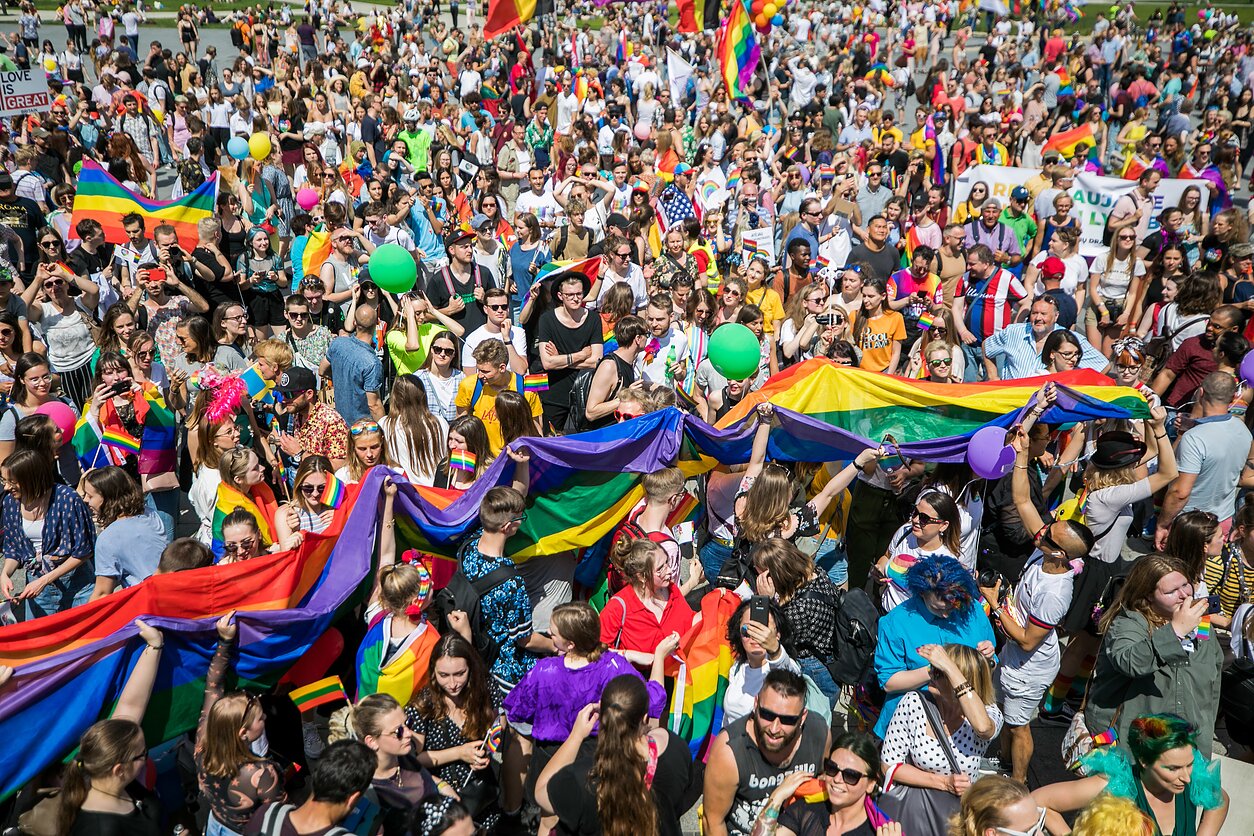 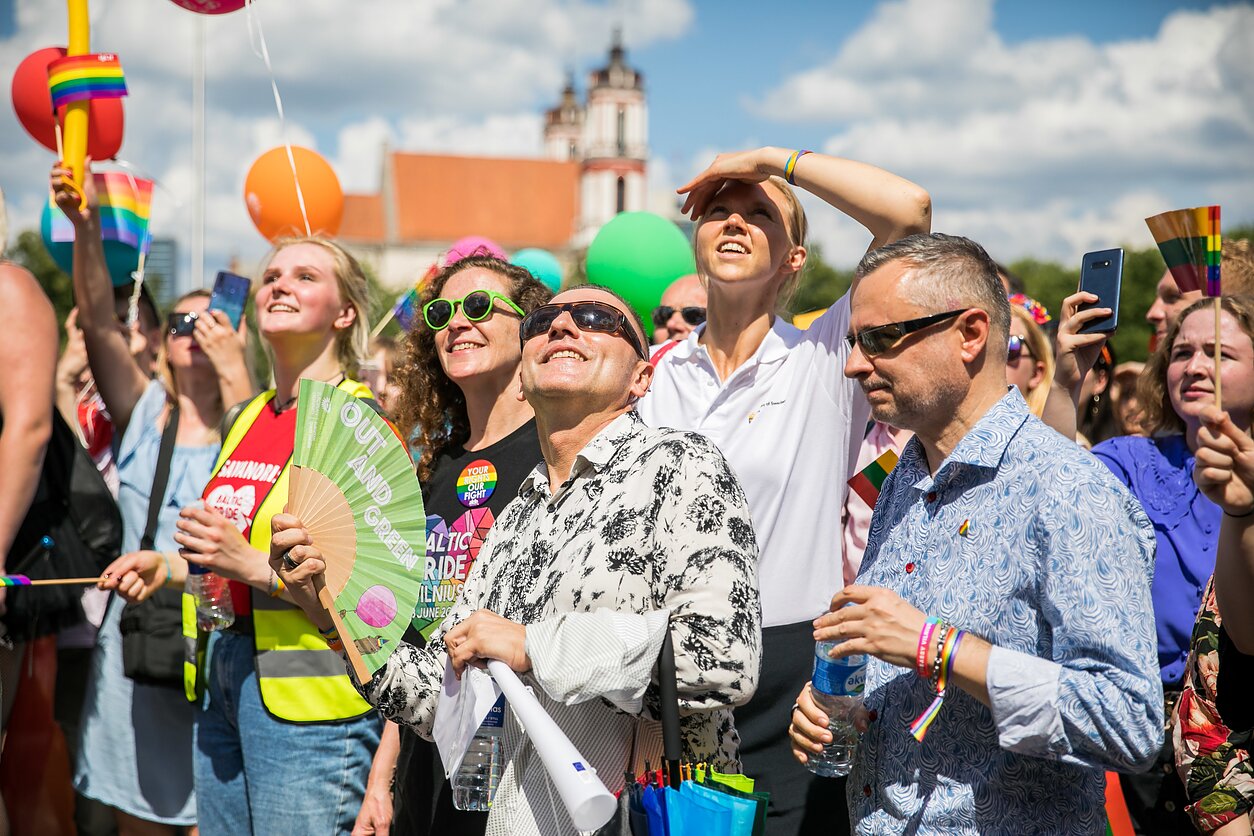 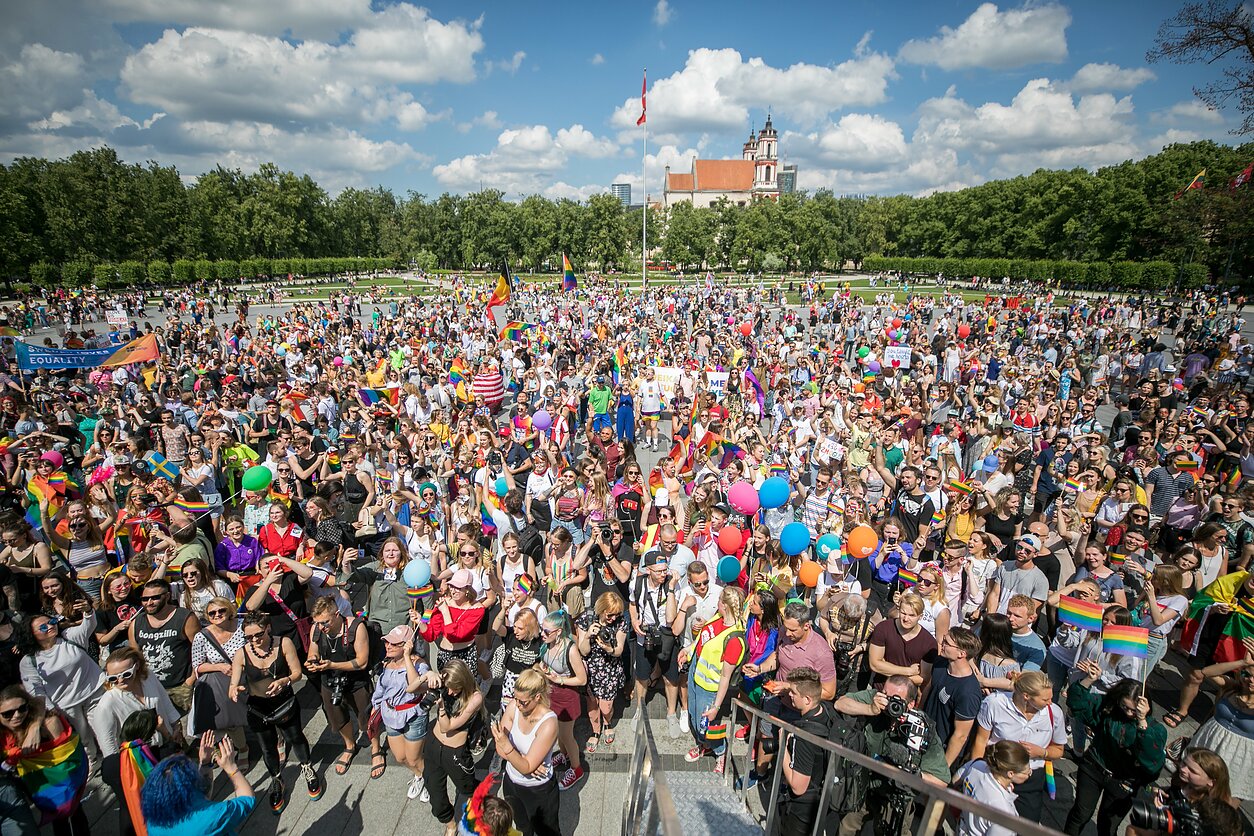 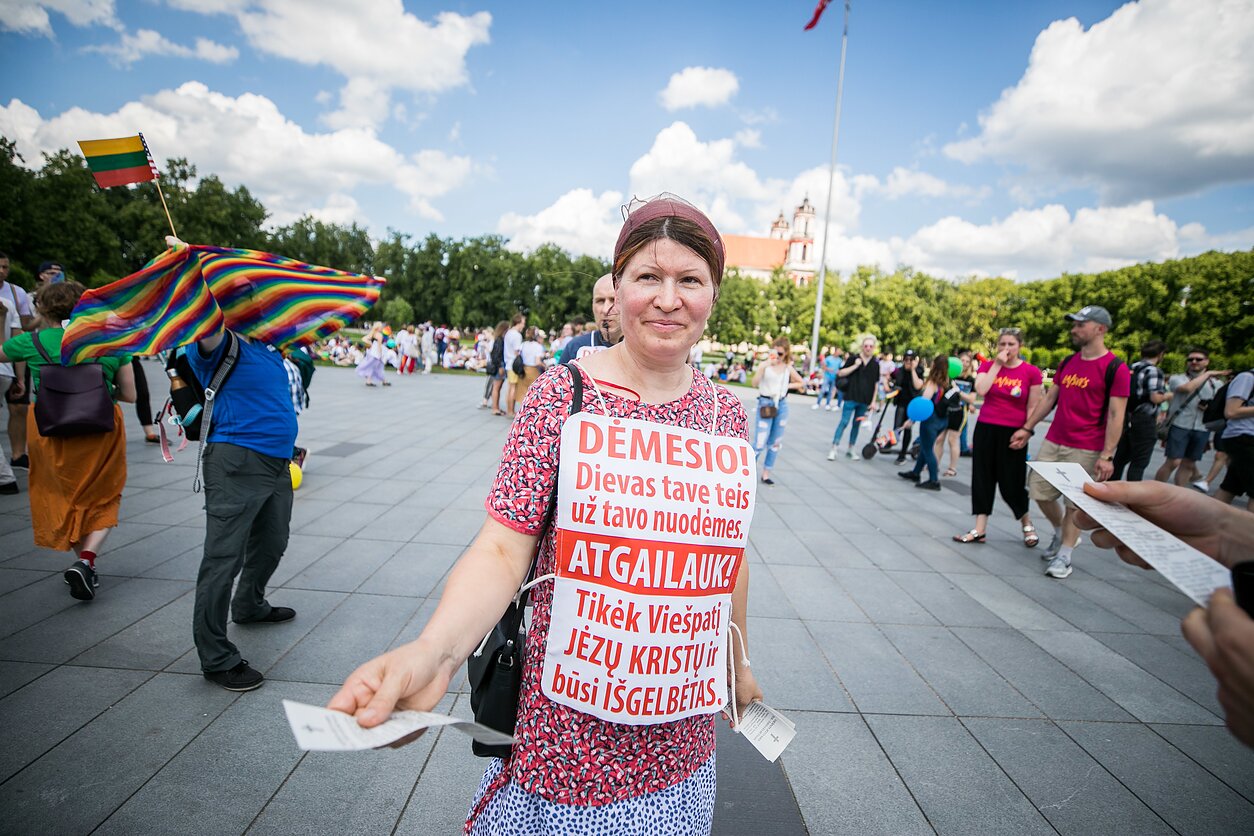 Calls for prayer during the Baltic Pride
9 / 12J. Stacevičius/LRT 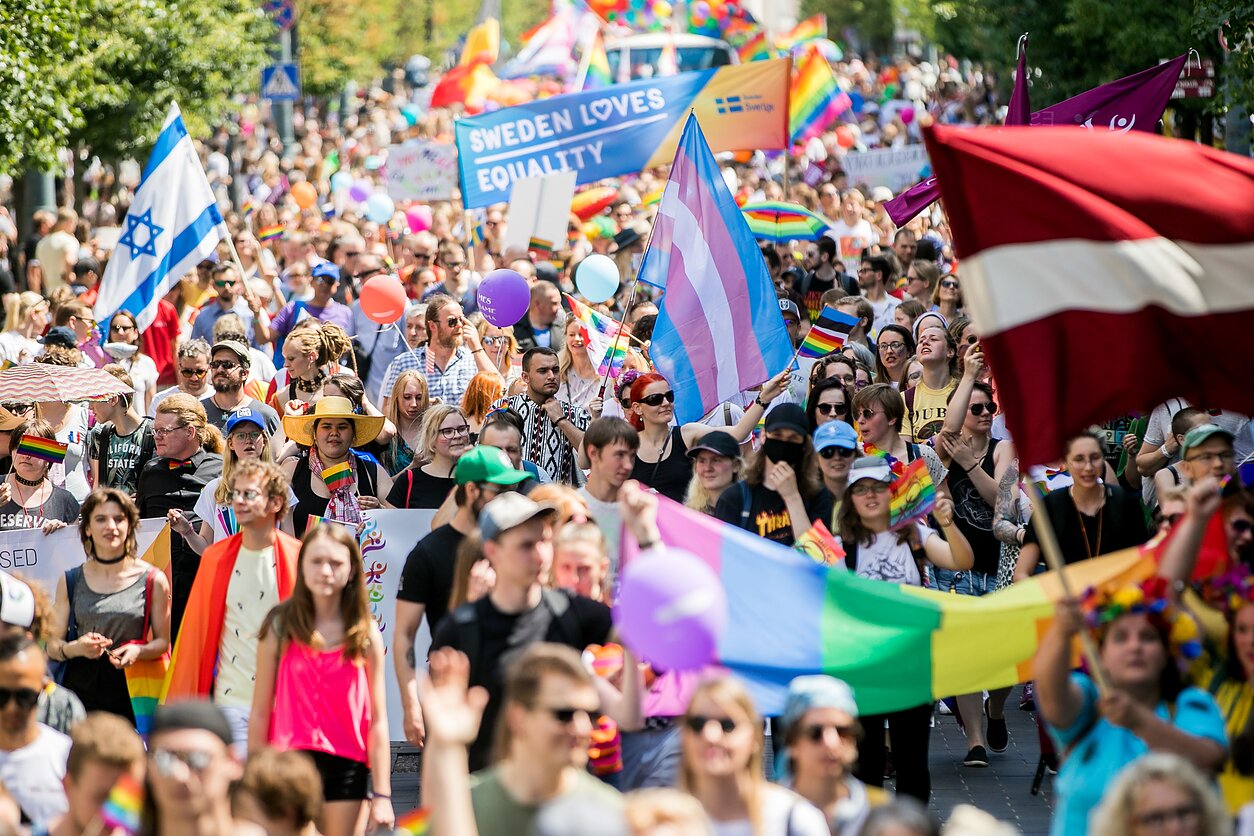 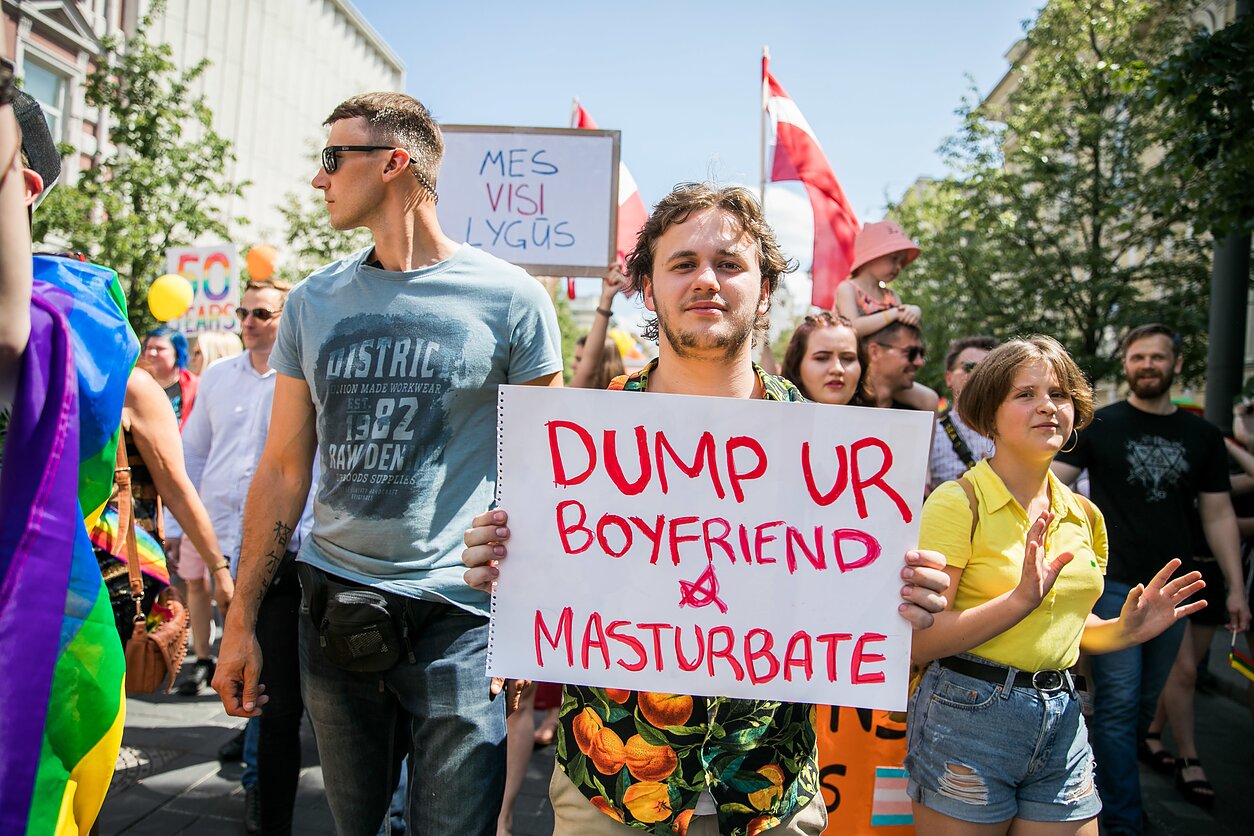 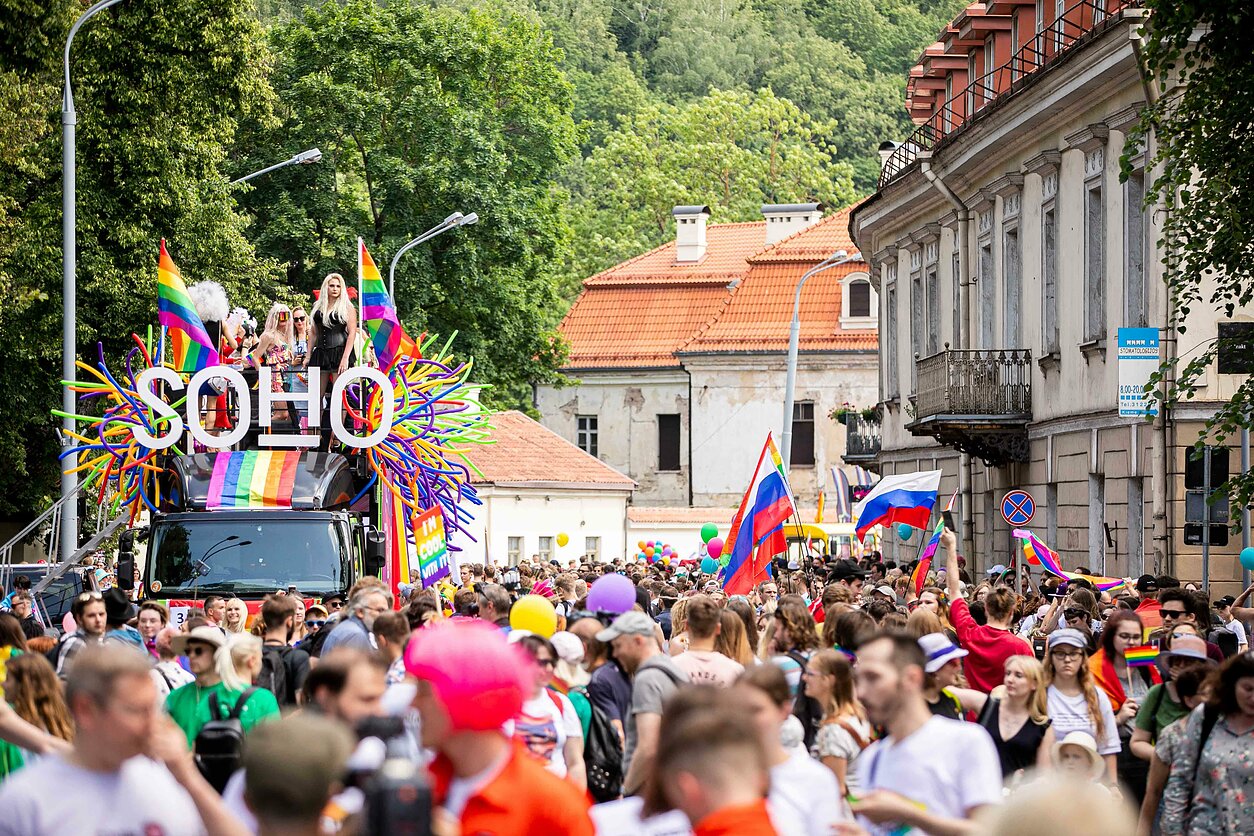