Responsibility must come with market power for technology giants, Vestager says in Vilnius 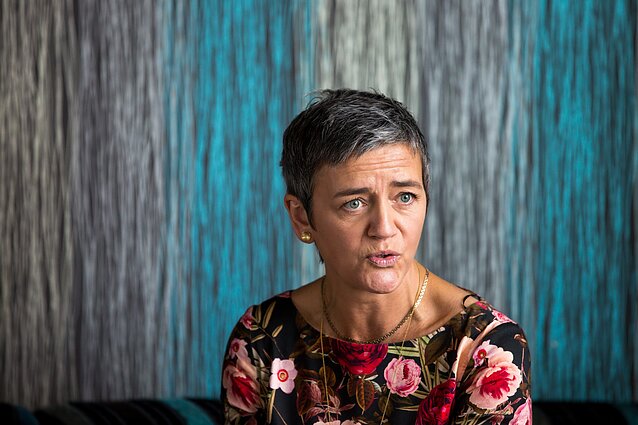 She acknowledged that Europe was slow to create its digital market and failed to create serious competition for Facebook or Google, which let them consolidate their positions.

"They weren't fazed with much competition because in Europe we only got a digital single market now. These companies are born in a very big single digital market in the US, so they gained a lot of scale before they came to Europe. And that scale allowed them to have more attractive products," Vestager told BNS.

Europe has been too slow to build a digital market, and "it's on us," she said.

Yet, the problem is not technology giants' size and market shares but the responsibility that comes with it.

"Maybe we should be stricter to say, well, if you have this 95 percent platform, and so many people depend on you, then you should set transparent rules. So I think we have to push for this understanding that you get special responsibility that comes with your market power," she added.

In her word, a digital service tax Europe is now discussing would contribute to creating equal conditions for all market participants.

"My colleague Pierre Moscovici has done the numbers and written the proposals. When you have numbers, when you can compare – digital companies would pay on average 9 percent in tax, other companies on average 23 percent. That's not fair because you're in the same market for capital, for skilled employees, for customers," Vestager said.

Vestager, 51, has served as the EU competition commissioner since 2014 and is named among the candidates to replace Jean-Claude Juncker as the EC president. She says she would be up for this challenge.

"We have had debates with the lead candidates, so I signed up to be a candidate already more than a month ago. I think it is important for people to see that different people are candidates for this job so that our heads of state governments and the European Parliament would have a real choice," she said.

She believes Europe, first of all, needs to show it is changing.

"Instead of working in the categories of more integration or more sovereignty for the states, I think we should see us as citizens being sovereign when it comes to dealing with the problems that we face. In some areas, our states should work more together, while in other areas the states will be perfectly fine to solve the things that we have ahead of us," the commissioner said.

"But when it comes to, for instance, climate change, cyber security, handling immigration and protecting refugees – this is not about sovereignty here or there, it's about being able to solve the problem. And that, I think, we should do more together," she added.

During Vestager's term, the US technology giant Apple was ordered to pay back 13 billion euros in illegal tax subsidies to Ireland, and Google was issued a fine of 4.34 billion euros for abusing its dominant Android market position. Besides, separate probes against Amazon, Fiat, Starbucks, Qualcomm, MasterCard and Gazprom were launched, with several of them leading to million-worth fines.