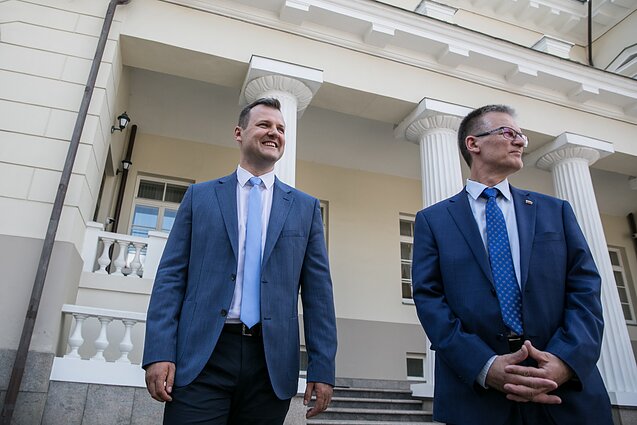 Representatives of the Social Democratic Party of Lithuania (LSDP), currently in opposition, and the country's President-elect Gitanas Nausėda discussed a possibility to hold early general elections.

Following the meeting on Thursday, the social democrat leader Gintautas Paluckas told reporters that early Seimas elections would be possible, if the government appeared to be unfunctional and the new president agreed to it.

“If we see a floating government and we'll see the president's initiative regarding early elections, we will sit at the table and we'll be able to talk to all other parties,” Paluckas told journalists.

In his words, to hold early elections, the approval of the ruling parties and the opposition would be needed. MP Julius Sabatauskas, who heads the LSDP group in the Seimas, said the incumbent government parties “have no plans to do anything special, just keep floating”.

“Such a situation seems satisfactory neither to us nor, as we understood, the elected president,” the politician said.

The Lithuanian Farmers and Greens Union, the Social Democratic Labour Party of Lithuania (LSDDP - different from the LSDP) and the Order and Justice party are now holding talks on a new ruling coalition and also expect the Electoral Action of Poles in Lithuania – Christian Families Alliance to join.

The ruling parties hope to agree on a coalition next week.