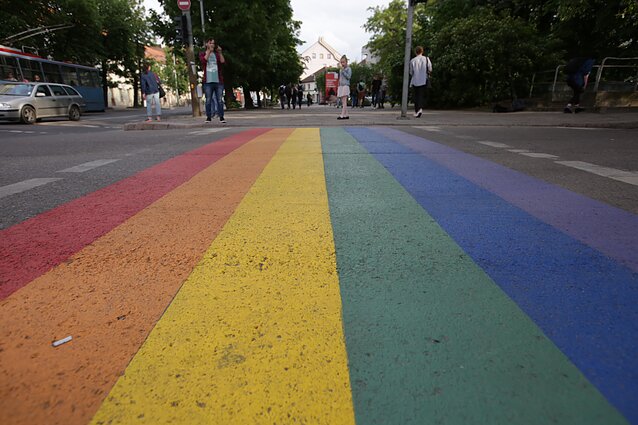 Lithuanians generally view transgender people more favourably than gay people, but most simply do not know much or have an opinion about the group.

The survey of over a thousand people in Lithuania was conducted by Vilmorus last November and commissioned by the Office of Equal Opportunities Ombudsperson.

Almost 40 percent could not say whether the country's laws sufficiently protect transgender people from discrimination.

“Since many respondents do not have a clear opinion, it will depend on how transgender people will be presented in the media,” according to a report by the Office of Equal Opportunities Ombudsperson.

The survey also shows that 62 percent of the respondents would refuse to let an apartment to someone who is transgender, compared to 65 percent to gay people, 88.5 percent to Roma, 63 percent to refugees. About 36 percent said they would refuse to work with a trans person, almost half wouldn't want to have one as a neighbour.

Two-thirds said they did not believe trans men and women were ‘true’ men or women, 64 percent believed being transgender was unnatural.

The survey also asked what would happen if respondents found out their close friend was transgender. Most, 40 percent, said it wouldn't affect the relationship, while 15 percent believed it would have a negative effect. One-tenth said they would sever the ties and 35 percent did not know how they would react.

According to the Office of Equal Opportunities Ombudsperson, transgender people regularly report facing problems when changing documents, dealing with institutions that handle their personal data. They also say their confidentiality is not sufficiently protected, especially in healthcare institutions.

Gender reassignment surgeries are not performed in Lithuania and people who have it abroad are unsure if they can receive proper care afterwards.