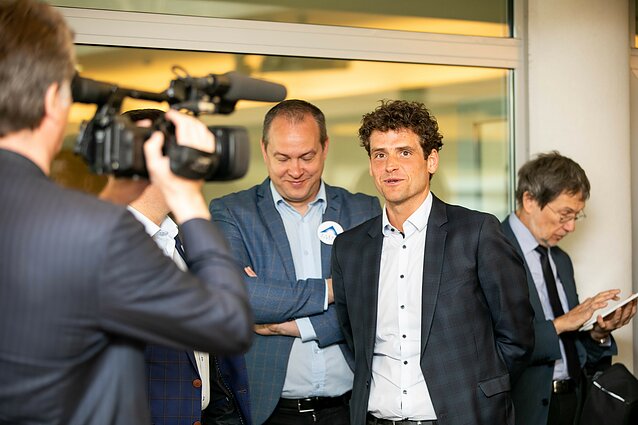 Would-be coalition partners have indicated which ministries they would like to control in the new government. The Social Democratic Labour Party (LSDDP) is eyeing the Social Security and Labour Ministry, while the Order and Justice party leader sees himself as next minister of finance.

The Lithuanian Farmers and Greens Union (LVŽS), the biggest party in the parliament, Seimas, has refused to disclose its prederences.

LVŽS Chairman Ramūnas Karbauskis told reporters on Thursday that the three parties' teams are meeting later in the day to discuss positions in the Cabinet and the government's work plan.

Karbauskis refused to say which minister positions his party would prefer to hold in a new coalition Cabinet.

“I won't tell you that, because this is the subject of negotiations,” he said.

Remigijus Žemaitaitis, the leader of the Order and Justice party, which has seven seats in the Seimas, told reporters that the party's board and presidium have worked out 20 proposals that they want to see in the plan for the implementation of the government's program.

“We, as a party, prefer (...) the ministries of finance, environment or agriculture,” Žemaitaitis said, adding that he himself would like the job of finance minister.

However, Prime Minister Saulius Skvernelis told reporters on Thursday that a candidate for finance minister had to be picked by the head of government.

“The finance minister is the prime minister's right-hand man,” he said.

Gediminas Kirkilas, the leader of the LSDDP with 11 seats in the Seimas, said his party would prefer to take the Ministry of Social Security and Labour. 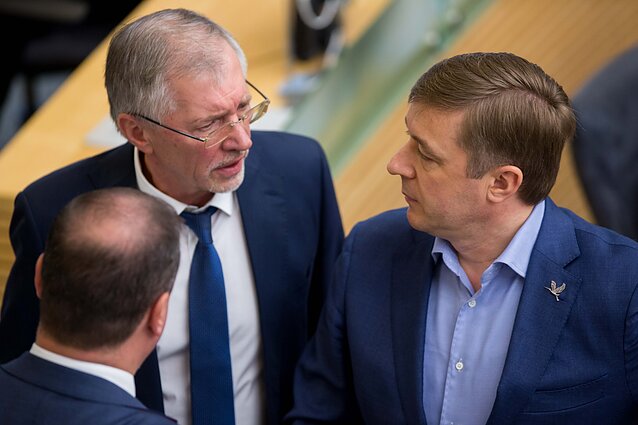 He did not rule out that his party might change its position regarding the post of the speaker of the Seimas.

Following last month's presidential election, the LVŽS began talks on a new ruling bloc and signed a coalition memorandum last week with the LSDDP and the Order and Justice party. The parties have also invited the Electoral Action of Poles in Lithuania–Christian Families Alliance (LLRA-KŠS) to join the coalition.

Under the memorandum, Prime Minister Saulius Skvernelis is to keep his job, but the post of the speaker of the Seimas should go to the LSDDP.

However, Viktoras Pranckietis the current speaker and an LVŽS member, has refused to step down.

Žemaitaitis expects intensive talks on ministerial portfolios to begin when Skvernelis returns to the office after his summer vacation.

The Order and Justice party's leader said two current ministers have already said they will leave their posts after the government returns its powers to the new president.

“To our knowledge, at least two ministers are planning to change jobs,” he said.

Skvernelis did not confirm that information.

The Constitution requires that after the inauguration of a new president, the government return its powers. Gitanas Nausėda is to be sworn in on July 12. 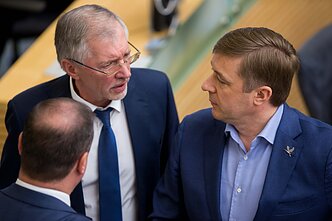