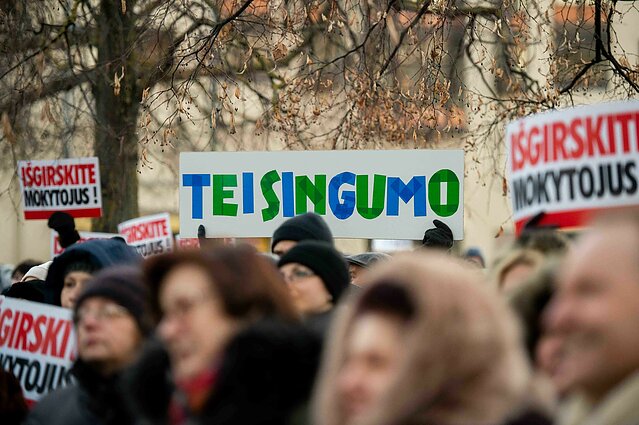 Unions expect the new deal to contain more tangible commitments to raise pay for all secondary school and kindergarten teachers.

After meeting with the biggest union representing education workers, Prime Minister Saulius Skvernelis has said he will cooperate will all unions that behave “constructively”.

The main objective of the negotiations is raising the quality of education and better serving students' interests, according to Skvernelis.

Meanwhile the Lithuanian Education and Science Union has criticised the government for failing to meet its obligations in the previous agreement. One of the promises was to equalize kindergarten educators' pay with that of school teachers by 2020, but the gap has not narrowed.

Teachers' unions also ask for professional pension funds and to reintroduce pay packages for teachers with 30 years of work experience who retire early.

The negotiators expect to sign the new collective agreement by the end of this year.