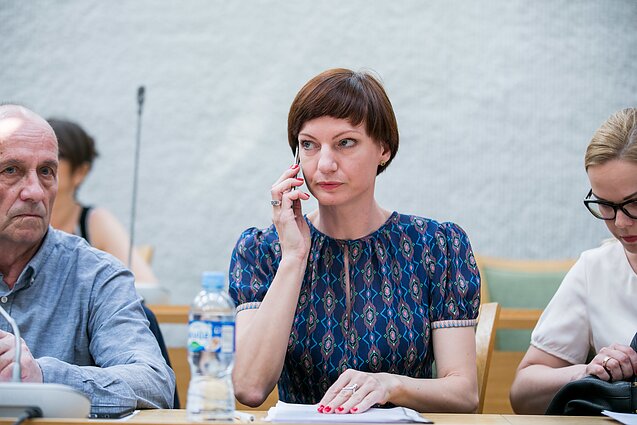 Proponents of the bill argue that the current regulation leaves gaps for commercial advertising on the public broadcaster, which is otherwise banned.

MP Agnė Širinskienė, chairwoman of the Legal Committee, says that an exemption for sponsorship messages allows to display business logos on LRT which constitutes commercial advertising.

The exemption concerns cultural events sponsored by private businesses. Cultural workers fear that the amendment will limit their ability to get exposure on LRT.

MPs of the Farmers and Greens Union (LVŽS), who proposed the bill, also want to change the public broadcaster's management. They want to introduce additional supervisory bodies, the LRT Board and the LRT ombudsperson.

“Changes in the management of LRT are necessary. There are three options and we will find what works best for LRT,” LVŽS leader Ramūnas Karbauskis said.

LRT head Monika Garbačiauskaitė-Budrienė says that the proposed bodies would be superfluous and the proposed changes would expose the public broadcaster to possible political interference.

The current LRT Council, composed of members delegated by the president, the parliament and the public, provides enough public supervision, she says.

“When there is the Council, a board would be superfluous for such a small public broadcaster, it would disturb the power balance,” according to Garbačiauskaitė-Budrienė. “The Council consists of delegates of the public; moving power to the board would mean taking it away from the society.”