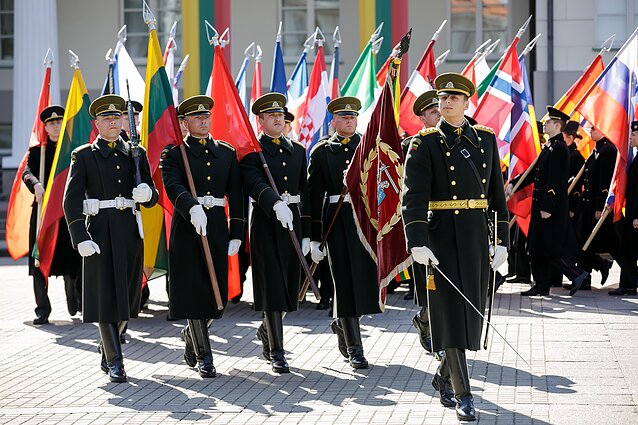 The Lithuanian government has approved plans for growing the number of military servicemen over the coming decade.

The draft document calls for 14,500 professional servicemen in the Lithuanian military by 2028, compared to 10,900 currently.

The combined size of the Lithuanian National Defence Volunteer Force and other active reserve servicemen is planned to rise by 900, to 6,300 people.

Military conscription should also be increased by 100, to 3,900 people.

The number of cadets of the General Jonas Žemaitis Military Academy and servicemen participating in training for commanders of junior officers would remain unchanged, 320 and 610 people, respectively.

The expansion plans follow from a cross-party agreement to raise defence spending to 2.5 percent of the GDP in 2030, from just over 2 percent currently.