Nausėda promises dialogue with Belarus and involvement in budget planning 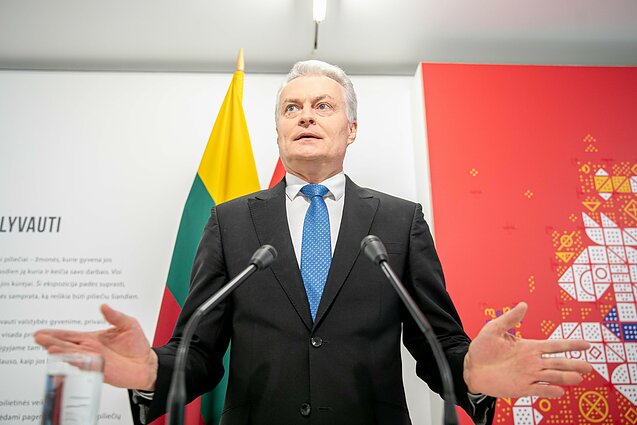 Gitanas Nausėda, who was elected Lithuania's next president on May 26, gave a press conference on Tuesday, revealing some of his policy priorities. He also confirmed he would be moving to an official residency, despite having said he would prefer remain in his own house.

The president-elect, who received 65.68 percent of the vote against Ingrida Šimonytė's 33.04 percent, will be sworn in on July 12.

President-elect Nausėda plans to maintain a dialogue with Belarus, saying Lithuania is interested in having an independent neighbour on its eastern border.

“Belarus is a very important neighbour of ours, a very important partner to whom we will pay great attention,” he told journalists on Tuesday. “And our primary interest is to have an independent and economically strong partner on our eastern border. Therefore, Lithuania will maintain a dialogue with Belarus.”

It is too early to say whether that dialogue will be conducted by respective presidents or “at the ministerial level”, Nausėda said.

“I think that, in any case, we recognize the fact that we are neighbours and we have different views on some issues. It's not a big tragedy and we can discuss it,” he said. 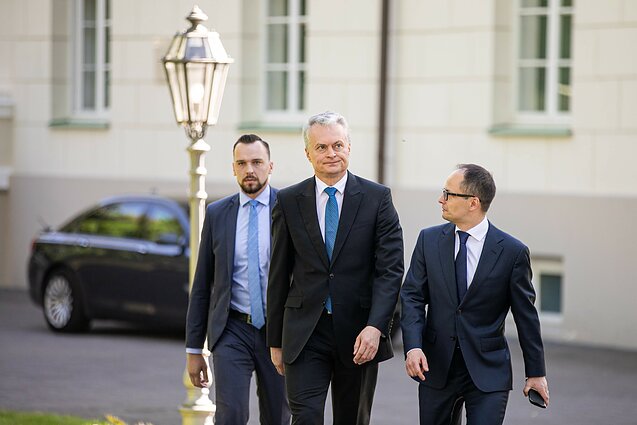 Nausėda's comments may indicate he will move away from the position of current President Dalia Grybauskaitė who did not approve of a high-level contacts with Belarus due to its ties with Moscow and the construction of the Astravyets nuclear power plant close to the Lithuanian border.

President-elect Nausėda said he wanted participate actively in the planning process of the government's budget from an early stage.

“I'd like to be a president who gets actively involved with his team from the very beginning, rather than being brought in during the final stages of budget deliberations,” he told journalists.

“As an economist, I won't be able to, and I don't want to, nor have I the right to, remain on the sidelines of this key law, and we'll be really active in putting forward our proposals and in discussing the government's planned decisions,” he said.

The planning of next year's budget begins in spring. The government submits the bill to the Seimas, parliament, for approval in autumn and the package is usually voted on in December.

Nausėda said he would demand that the government table a financially sustainable budget, but one with provisions for reducing social exclusion and increasing welfare. 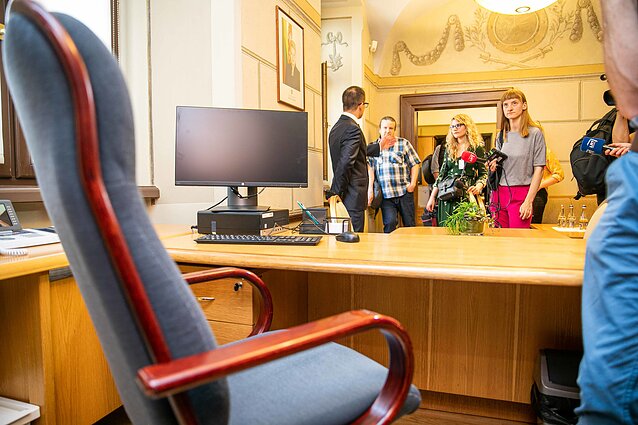 "Today the economic situation allows us to do so, but we really need both subtle and wise decisions," he said.

The economist-turned-president backs the idea of moving the parliamentary election date from autumn to an earlier date in spring so as to allow the new government to immediately start working on the coming year's budget.

Nausėda said he discussed the issue with some party leaders and plans to return to it once he is sworn in.

Veto on annuities for MPs

Nausėda said he would veto attempts to introduce regular payments for members of parliament after the end of their term.

“I don't approve of annuities for non-elected members of the Seimas and if such a bill came to the Presidential Palace, it would be vetoed,” he told reporters.

The Lithuanian Social Democratic Labor Party (LSDDP) said last week that they would discuss the possibility of introducing annuities with other parties in parliament.

The Delfi.lt online news site has reported that under the LSDDP plan, parliamentarians who have served one term would be entitled to an annuity of 30 percent of their salary. The percentage would increase to 40 percent for two terms and to 50 percent for three and more terms.

A similar initiative was tabled back in 2007, but fell through amid a wave of criticism.

President-elect Nausėda said that generous donations that came in the last days before the election allowed his campaign to avoid major debt.

“I believe the money that came into our campaign's bank account in the final days was no worse than what we received in the first days," Nausėda told reporters.

“Most importantly, this will help us avoid any major debts,” he added. 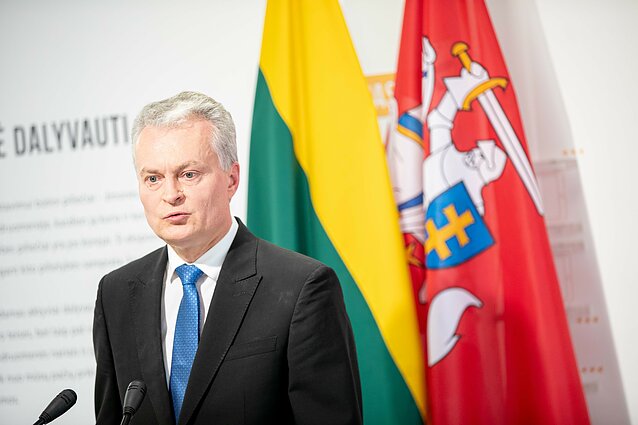 Nausėda raised more than €70,000 within the last three days before the May 24 deadline.

His campaign raised a total of €290,000, with a large part of the money donated by businesspeople.

Nausėda said exact figures of his campaign income and spending were not available yet.

“We really did a lot with the limited receipts, compared with those of my competitors,“ he said. “I can assure you that my team worked very responsibly and did their best to make the most of the money we had.”

Moving to residence in Turniškės

Nauseda said he was prepared to move from his house in Pavilnys, a suburb of Vilnius, to an official residence in the more protected neighbourhood of Turniškės.

Nausėda admitted it would be impossible to ensure the necessary level of security in his house under the Pučkorių exposure, is a unique geological monument in Pavilnys.

“I am ready to move to Turniškės,” he told reporters.

The president-elect also said he does not want to cause any inconvenience to people visiting Pavilnys.

“I really wouldn't want visitors to have a lot of inconvenience because of people who have more to do with security than with protection of nature going around the area,“ he said. “Another reason is that this would lead to building infrastructure elements that would hardly befit that unique place of Vilnius.” 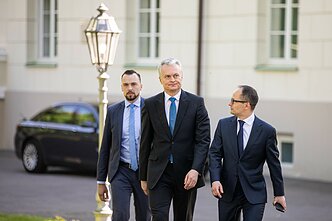 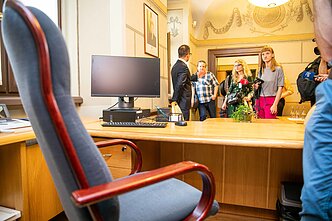 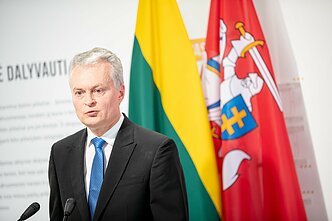