Coalition talks are an excuse to settle scores with ministers, opposition politician says 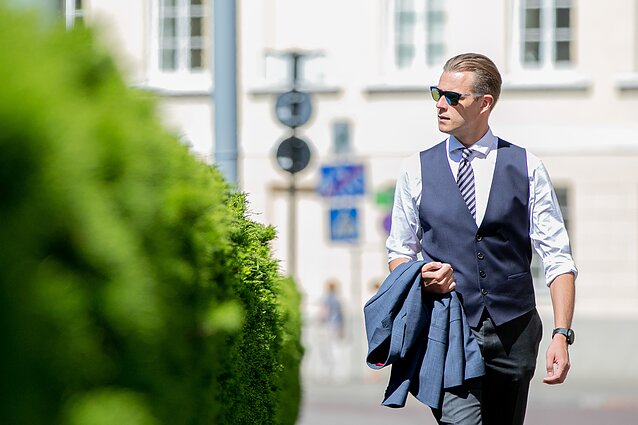 “I think it all began with a simple wish to get rid of some ministers,” Landsbergis, of the conservative Homeland Union - Lithuanian Christian Democrats (TS-LKD), told reporters at the Presidential Palace after meeting with President-elect Gitanas Nausėda.

“It's more about settling scores than searching for a better quality,” he added.

Prime Minister Saulius Skvernelis has said he will reshuffle the Cabinet if he stays in his job after Nausėda is sworn in as president on July 12.

Following the presidential election, the LVŽS, which has the most seats in the Seimas, began talks on forming a new ruling coalition and signed a coalition memorandum last week with the Lithuanian Social Democratic Labour Party (LSDDP) and the Order and Justice party. The parties have also invited the Electoral Action of Poles in Lithuania–Christian Families Alliance (LLRA-KŠS) to join the coalition.

Under the memorandum, Skvernelis is to keep his job, but the post of the speaker of the Seimas should go to the LSDDP.