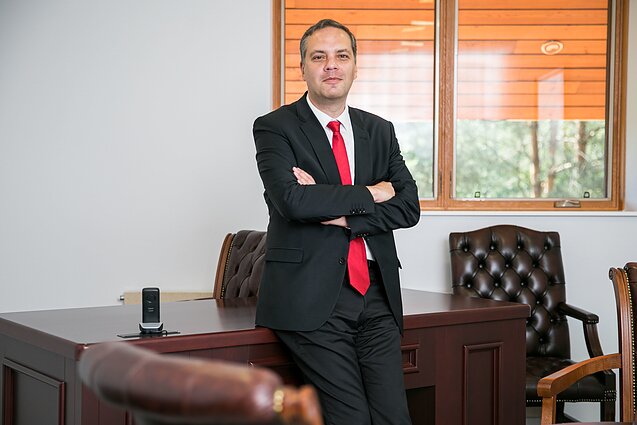 When Alexei Navalny is outside of prison walls, he is the most visible Kremlin critic – well-known in the West, demonstrations organized by his team attract participants across regions outside Moscow or Saint Petersburg, and his YouTube channel has over 900,000 subscribers.

His colleague Vladimir Milov says that some people envy Navalny’s popularity. According to Milov, it explains some of the criticism levelled against Navalny – even from other key opposition figures like Mikhail Khodorkovsky, who was also present at the Vilnius Russia Forum this year.

“Without Navalny’s regional structures, there isn’t much,” Milov tells LRT.lt at the Russia Forum in Lithuania.

“I travel quite a bit in Russia and over the last few weeks, I was in Pskov and Murmansk, and I didn’t see any other opposition not to get along with – there was a Navalny bureau and nothing else.”

There are only very few organizations that actually work “on the ground,” says Milov, “who take part in elections, have effective regional structures, undertake anti-corruption investigations, and organise demonstrations”.

The last Russian presidential included several opposition figures running, including Kseniya Sobchak, “but where is she now?” Milov asks. 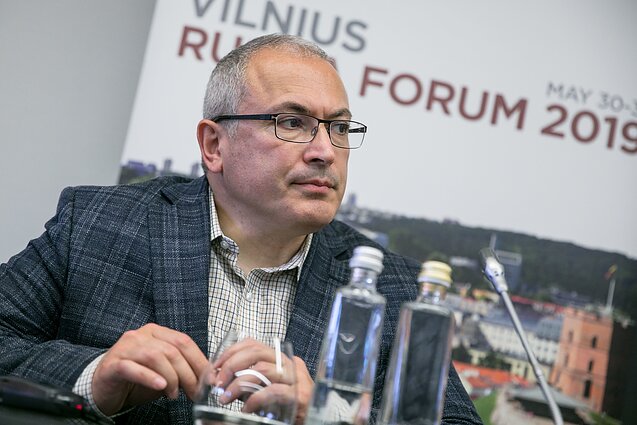 Khodorkovsky at the Vilnius Russia forum in 2019 / J. Stacevičius/LRT.lt

“Every election you have characters like Sobchak who quickly disappear.”

Milov previously worked in the Russian government in the 1990s, when, according to him, the team was most interested in undertaking reforms and transforming the centrally planned economy into a modern, effective, market economy.

One of the people in the government was Boris Nemtsov, a key opposition figure killed outside the Kremlin in 2015.

“It soon became clear he wants the opposite [to our reforms] – create a vertical power structure not only in politics, but also in the economy.”

Milov says that in the early 2000s he resigned from Gazprom after Putin refused his reform proposal on creating a competing market of multiple companies instead of a single monopoly.

“I soon became a critic of Putin,” says Milov, and in “2008 together with Boris Nemtsov we published a review of Putin’s two terms in power”.

“It was in opposition to the dominant opinion that he raised Russia from its knees.”

According to Milov, opposition movements always said they needed their own media channels, “which would be heard and read in mass scale; Navalny was the first who achieved it”.

Despite some in Russia saying Navalny does not accept criticism, Milov disagrees: “I was always independent [...] I can criticize some of Navalny’s ideas even on his own channel.”

“Let’s speak openly – some envy his popularity. But for me, real change in the country is more important than personal competition who [in the opposition] is better.” 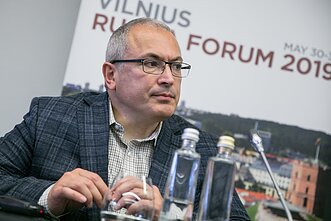