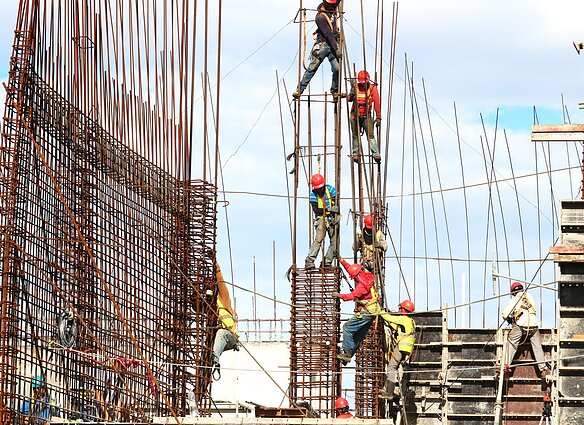 The Lithuanian government has proposed raising the minimum wage to €607 per month, while employers' representatives say the hike would be excessive and senseless in view of a possible economic downturn.

The Tripartite Council, composed of government, trade union, and employer representatives, discussed raising the minimum wage on Tuesday. As per the Council's previous agreement, the minimum wage should stand between 45 and 50 percent of the average pay, but has currently fallen below 44 percent.

Government representatives have proposed to up the minimum wage 10 percent, to €607 before tax (€425 after tax).

Employers insist the raise would be too burdensome to businesses, especially in the country's regions, and suggest limiting the raise to €580.

On the other hand, union representative Inga Ruginienė, the chairwoman of the Lithuanian Confederation of Trade Unions, says the minimum wage raise is overdue and should be legislated without dragged-out discussions.

“The sum of €607 is the baseline we should start negotiations at,” she said in the Council's meeting.

According to Ruginienė, a European charter puts the standard for the minimum wage at 60 percent of the average pay, so Lithuania's 45-50-percent formula is a conservative compromise.

The proposed €607 makes up 47 percent of the average monthly pay.

Vytautas Vidmantas Zimnickas, of the Lithuanian Business Employers' Confederation, argues that the average pay has risen very fast and the 45-50-percent formula is “inadequate”.

“We should look at the current economic situation, market competition,” he says. “I suggest we discuss it further and then make a decision. Raising the minimum wage to €607 would be careless.”

“There are signs of economic slowdown in the market, we can even see embryos of a crisis,” according to Sigitas Gailiūnas, the head of Panevėžys Chamber of Trade, Industry and Crafts. “If we are to raise the minimum wage, it can't be that much.”

He adds that the proposed €607 would burden employers in Lithuania's regions, proposing to limit the minimum wage to €580.

Meanwhile Vice-Minister of Social Security and Labour Eglė Radišauskienė has noted in the Tripartite Council that, statistically, only 2.7 percent of Lithuania's workforce are paid the minimum wage, so the raise should not overburden employers.