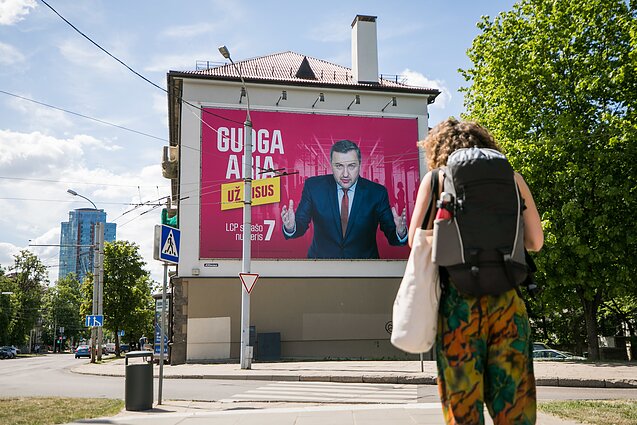 Antanas Guoga is the richest candidate in the EP elections / Photo: Justinas Stacevičius/LRT

A statistically typical Lithuanian candidate running for the European Parliament is a 51-year-old male “who celebrated his birthday three months ago,” says Laura Matjošaitytė, the chairwoman of the Central Electoral Commission. The candidate list includes eight millionaires and a third are women.

“The most common first names are Kęstutis and Andrius, and he has declared assets of €290,000,” she adds.

Lithuania is electing 11 members of the European Parliament this Sunday, to be picked from 103 women and 198 men from 16 party and public electoral committee lists.

Six of the candidates have criminal convictions. Over a third are married, one percent widowed.

Many members of the national parliament, Seimas, are running for EP seats, entire party groups in some cases.

Compared to the 2014 roster, the candidates are noticeably more affluent, including eight millionaires in the top 10, according to Matjošaitytė.

The richest candidate is MEP Antanas Guoga, who is running with the Centre Party and has declared assets worth €27 million.

Remigijus Lapinskas, of the Green Party, owns €6 million and the former basketball player Šarūnas Marčiulionis, who is running with the Farmers and Greens Union, is worth €5 million.

Although the current European Parliament is 37-percent female, only two Lithuanian MEPs are women. Lithuanian delegates are also older than the average, says Robertas Pogorelis, spokesman for the EP in Lithuania.

“The average age of current MEPs is 55 years, but for Lithuanians it is 60, we are among the oldest delegates,” Pogorelis says. “It is likely that, in the new parliament, we'll have lower average age and perhaps more women.”

The newly elected European Parliament is to assemble on July 2.