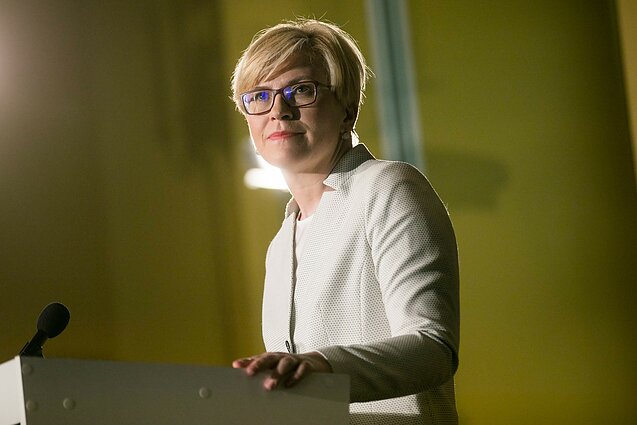 Former presidential candidate Valdemar Tomaševski, who dropped from the presidential race after the first round of voting, has said he wants Lithuania to elect a male president, drawing a wry response on social media from one of the two contenders for the post, Ingrida Šimonytė.

MEP Valdemar Tomaševski cast an early ballot in the presidential runoff on Thursday, indicating that he voted for Šimonytė's opponent, the independent candidate Gitanas Nausėda.

“A woman has been in charge for ten years, it is time for men to lead the country,” Tomaševski told LRT TV, referring to the current President Dalia Grybauskaitė, who has been in office since 2009.

Tomaševski, known for his socially ultraconservative views, has led his party, the Electoral Action of Poles in Lithuania–Christian Families Alliance, since 1999. The party's electoral base mostly consists of Lithuania's Polish-speaking citizens.

Šimonytė, who won the first-round vote two weeks ago, responded with a post on Facebook in Polish.

“Pan Waldemar – za równe możliwości. Ironicznym jednak sposobem (Mr Valdemar is for equal opportunities. Only in an ironic way),” she posted. “I wonder, how many men does it take to match one woman?”

Lithuanians are choosing between the former conservative finance minister Šimonytė and the political newcomer, economist Nausėda on Sunday. The two qualified for the runoff with about 30 percent of the vote each, beating seven other candidates, including Tomaševski who won 4 percent of the vote.

Tomaševski, an MEP, is seeking reelection to the European Parliament.