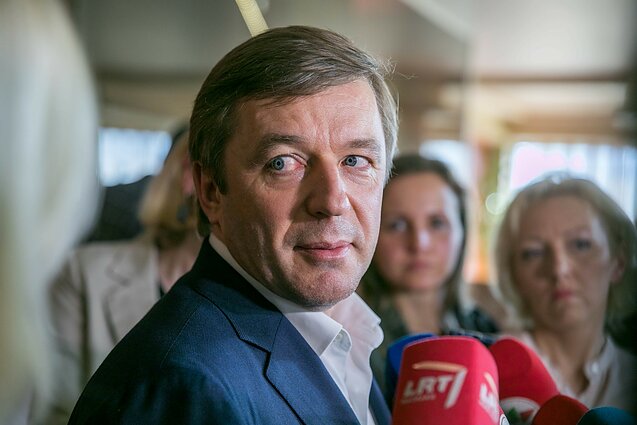 The Seimas will drop all ongoing parliamentary investigations and will hand them over to the prosecutor's office if Lithuania's new president overhauls the prosecution system to ensure its independence, the ruling party's leader said after a meeting of the party's board on Thursday .

"We doubt that these changes will occur if [Ingrida] Šimonytė is elected," Ramūnas Karbauskis, chairman of the Lithuanian Farmers and Greens Union, told reporters.

Karbauskis believes that changes in the prosecution system may only take place if the independent economist Gitanas Nausėda is elected president.

"We think all investigations in the Seimas have to be dropped," said Karbauskis, "if the new president actually addresses issues of the Lithuanian prosecutor's office [to dispel] the doubts voiced in the media about influence having been exerted on prosecutors [and] cases having been discontinued, [and] if there are changes in the prosecutor's office."

"Everything should be given to prosecutors, because it is not the job of the Seimas to do those investigations," he added.

According to Karbauskis, the parliament is forced to investigate the causes of the 2009-2010 economic crisis because lawmakers do not trust the prosecutor's office.

"Knowing all that information that is available in the public domain [and seeing] that investigations were not being conducted by the prosecutor's office, because someone took effort to somehow stop them, we had no other choice," he said.

The prosecutor’s office has dismissed part of the allegations. Published statements by some prosecutors are still being looked at.

The Seimas is currently conducting parliamentary investigations into illegal influence on politicians and public servants, and the causes of the 2009-2010 economic crisis.