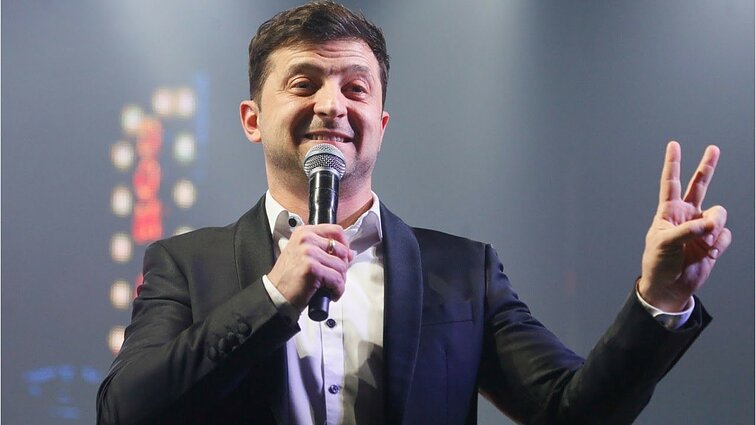 The Lithuanian president was among the first heads of state to congratulate Ukraine's new leader Volodymyr Zelensky upon his inauguration. Kyiv's ardent supporter since the 2014 Euromaidan revolution, Lithuania is watching closely developments in Ukraine.

Promising Vilnius' continued support, President Dalia Grybauskaitė said that Ukraine was at a crossroads and Zelensky was its people's hope tasked with “crushing” the oligarchy.

Zelensky insists he will not be a typical president. He has promised to keep the country on a pro-European path and, importantly, stop primising and start delivering reforms.

“The new president wants to implement big changes and has great hopes attached to him. Change will depend on whether people support him,” said President Grybauskaitė on Monday. “Of course, also on whether the president is able to make use of the support, the situation, to finally crush the oligarchic system.” 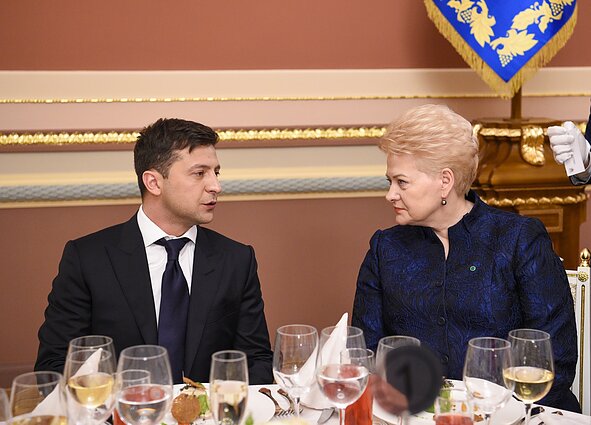 As president, Zelensky is also the commander of Ukraine's armed forces which are fighting Russian-supported separatists in Donbass. Moscow has not congratulated the new president, who has promised to end the war, but not at the expense of Ukraine's territorial integrity.

Russian President Vladimir Putin's spokesman Dmitry Peskov has said that the Kremlin's chief will congratulate Zelensky “when there are first results of solving the domestic conflict in south-eastern Ukraine and normalising Russian-Ukrainian relations”.

Zelensky is famous for playing a president in a TV comedy, The Servant of the People, where his character battles not just oligarchs, but also members of parliament. Reality is set to imitate art, as in one of his first moves as president, Zelensky has vowed to call snap elections.

Analysts say the move to dismiss the parliament is rational, since the current Supreme Rada is intent on obstructing the president's every initiative. It is also a way for Zelensky to take on the reviled political establishment.

“Clearly, the Supreme Rada, with the public support of 3 percent, is particularly unpopular, it has lost people's trust and has been sabotaging President Zelensky's initiatives from day one,” says Aivaras Abromavičius, Ukraine's Lithuanian former economy minister who joined Zelensky's campaign. “Therefore, people's support for dismissing the Rada is huge.” 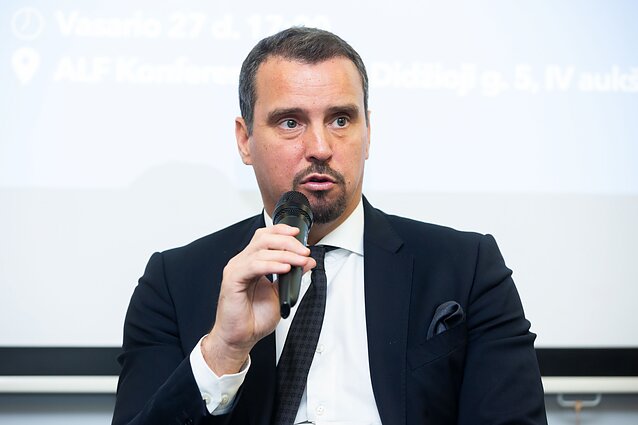 Abromavičius says that the president will consult lawyers before actually calling snap elections, since the move might be illegal with less than six months left to regular elections.

Still, an earlier vote would benefit Zelensky whose new party, named after his TV show, are polling strong.

Linas Kojala, a political analyst with the Vilnius-based Eastern Europe Studies Centre, says the wrangle between the president and the parliament – which wishes to curtail the former's powers – testifies to a degree of instability in Ukraine's political system.

“Which is not to say that Zelensky can't make use of the opportunity to gain more power,” Kojala says.

For observers in Lithuania and the West, the big concern is for Zelensky's battle with opposition not to degenerate into settling personal accounts with political opponents.

Abromavičius, who joined Zelensky's entourage before the election, says he believes in the rule of law in Ukraine and that corrupt politicians will be punished in courts. Although reforming the judiciary is another task on the new president's agenda. In fact, Zelensky has already demanded the heads of several officials.

“It was very interesting, even pleasant and funny, to watch the expressions on the faces of these criticized bureaucrats who were the power elite until recently,” Abromavičius shares. “They were shocked and didn't expect such quick action from the president. They were caught unprepared, I think.” 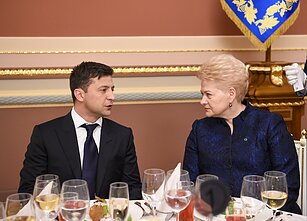 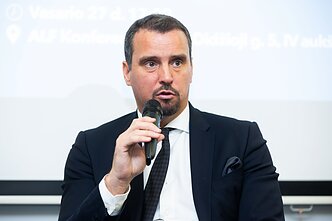