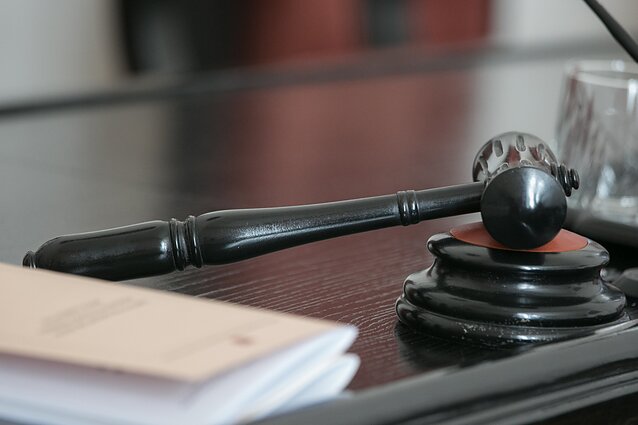 A former KGB officer has appealed the European Court of Human Rights' landmark ruling that Soviet repressions against Lithuanian partisans can be treated as genocide.

Kęstutis Rakauskas, the defense lawyer of Stanislovas Drelingas, the former KGB officer convicted of genocide in Lithuania, has asked for the case to be reconsidered by the Strasbourg-based court's Grand Chamber.

“The request was sent on Monday,” the lawyer told BNS.

His request should be examined by a panel of five ECHR judges who will decide in the coming months whether to send the case to the 17-member Grand Chamber.

Lithuanian courts found Drelingas guilty of genocide for his participation in a secret operation to detain Adolfas Ramanauskas-Vanagas, one of Lithuanian partisan leaders, in Kaunas in 1956.

A panel of seven ECHR judges ruled in March that the judgement did not violate the rights of the former KGB officer.

The ECHR accepted as reasonable the Lithuanian court's arguments that Lithuanian partisans, their liaison persons and supporters “had played an essential role in protecting national identity, culture and national self-awareness of the Lithuanian nation”.

According to the Strasburg court, although Drelingas did not make the decision to execute the partisan commander, “even a private soldier could not show total, blind obedience to orders which flagrantly infringed internationally recognized human rights, in particular the right to life, which is the supreme value in the hierarchy of human rights”.

The judgment was adopted with five votes in favour and two against.

Rakauskas thinks that a panel of 17 judges should reconsider the case and revise the judgement.

The lawyer says that the judges in Strasbourg “failed to look at whether the charge and conviction by the national courts could be foreseen at the time of commission of the act”.

According to Rakauskas, the Grand Chamber should also consider if the Lithuanian courts' interpretation of partisans' role is compatible with international law.

“The European Court of Human Rights did not deliberate on whether Drelingas' alleged role as an accessory could be understood at the time of arrest as an act falling under the Genocide Convention,” he told BNS.

The fight of forest brothers

Lithuanian courts ruled that Drelingas took part in the operation to capture the partisan leader and his wife and that the KGB officer was aware that the detainees were facing torture, killing or deportation.

In view of Drelingas' poor health and his secondary role in the crime, the Lithuanian Supreme Court in 2016 reduced his sentence from five years to five months and six days, which the man had already served by that time.

Drelingas, who was born in 1931, never admitted to the charges, saying he was in a KGB building at the time of the operation.

Following his detention, Ramanauskas-Vanagas was brutally tortured, sentenced to death by a Soviet court and executed in 1957.

The remains of the partisan leader were identified and reburied with a state funeral last October.

At least 50,000 people took part in the armed anti-Soviet resistance which started after Soviet troops occupied Lithuania for the second time in 1944 and lasted until 1953.