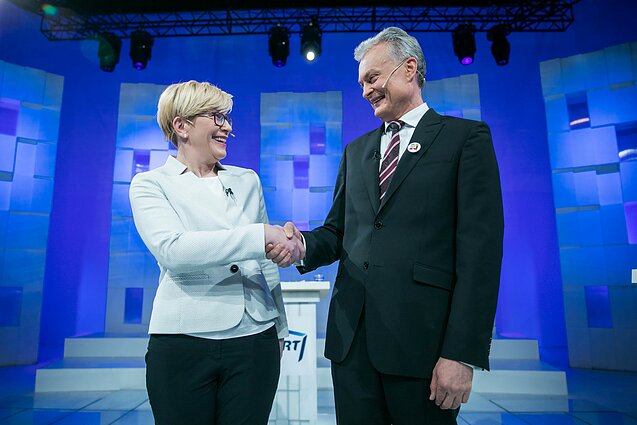 The campaign teams of Ingrida Šimonytė and Gitanas Nausėda, the two candidates vying to be elected Lithuanian president in Sunday's runoff, exchanged accusations on Monday over their political campaign funding.

Paulius Lukauskas, the head of Šimonytė's staff, voiced suspicions that Nausėda might have spent around 50 percent more than his campaign had officially raised, and complained to the Central Electoral Commission.

Lukauskas said his suspicions were based on “available advertising monitoring data”. The same suspicions were earlier voiced by Andrius Kubilius, a former conservative prime minister.

Responding to Lukauskas' comments, Nausėda's staff said they were spending money in an efficient and disciplined way, buying only the necessary services and relying on volunteers to do a lot of work for the campaign.

Figures from the Central Electoral Commission show that Nausėda has raised over €196,000 and Šimonytė has more than €533,000 in her campaign account.

The Homeland Union, which has nominated Šimonytė, has transferred €330,000 to her campaign.

Nausėda's team say Šimonytė's campaign spending report shows that the party's donation, which was accepted last week, had been planned in advance.

The candidates will have to submit their audited campaign financing reports by August 26.