President Grybauskaitė says she is not considering EU top job 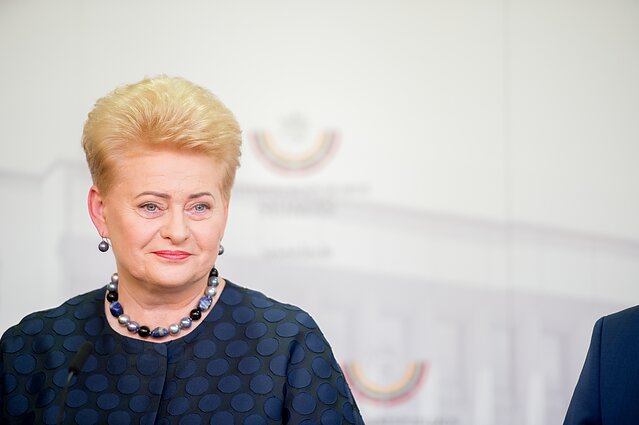 Dalia Grybauskaitė says she has not considered taking up a top job in Brussels after the end of her second term as Lithuanian president. Grybauskaitė's name has been brought up in international media as a possible successor to Donald Tusk.

“I've no plans for after the end of my term. Currently, my plans are to finish my term and hand over all my work. That's it,” Grybauskaitė told reporters in Vilnius on Friday.

Grybauskaitė's name has popped up in international media as a possible candidate to be the next president of the European Council, the job now held by Poland's former Prime Minister Donald Tusk.

Diplomats say Grybauskaitė's work experience in Brussels may give her an advantage over other potential contenders. Other factors in her favour include being a woman candidate and a politician from a small country.

What may harm Grybauskaitė's chances is her harsh rhetoric toward Russia, which may antagonize countries that are more favourably disposed toward Moscow. The fact that she is not affiliated to any political party and that Lithuania and Poland are both part of the Central European region could also be an obstacle.

European leaders will begin talks on top EU jobs shortly after the European Parliament elections on May 23-26.

German Chancellor Angela Merkel said on Thursday she would not seek any position in Brussels.