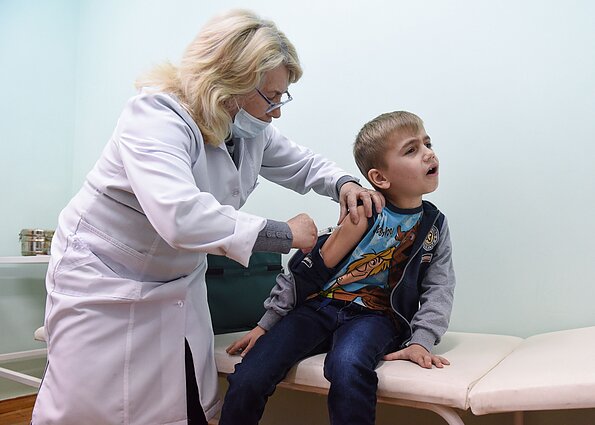 The outbreak of measles in Lithuania has been contained, according to the country's Ministry of Health. New cases have dropped to several a day and doctors say that more people have been vaccinated.

Vice-minister of Health Algirdas Šešelgis says that vaccination has helped contain the spread of measles in Lithuania and the government did not need to introduce any additional measures.

“In recent days, we're getting reports of one, two or, at most, three new cases. We're monitoring the situation closely and hoping to keep it at this level for some time, and then for zero new cases later on,” Šešelgis says.

A new shipment of measles vaccines is to reach Lithuania in July or August. The country ordered twice as much medication as previously planned.

An outbreak of measles was reported earlier this year, with the highest number of cases, over 500, in Kaunas and Vilnius. Throughout the country, 600 people were diagnosed with measles since January.

Doctors at Kaunas Clinics, the biggest hospital in the country, say there are no more hospitalised patients with measles at the moment.

Family doctor Neringa Sakalauskė says that more people than usual have been coming to vaccinate.

The World Health Organization has reported over 100,000 cases of measles since the beginning of last year. Over 90 people died.