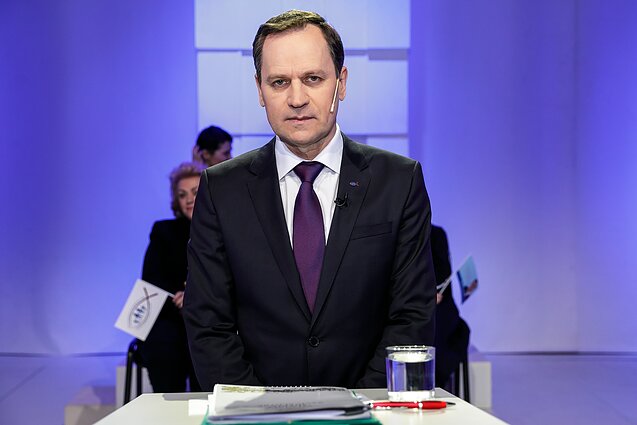 “Talks on joining the coalition take place regularly, but we said before the election it was not the right time to discuss it, and we will start more serious consultations after the election and we do not rule out this possibility,” Tomaševski told BNS on Wednesday.

Ramūnas Karbauskis, the leader of the ruling Lithuanian Farmers and Greens Union, said on Tuesday that his party might invite the Electoral Action of Poles, as well as the Order and Justice party, to join the governing coalition.

“I believe that every party would consider such a proposal, if such a proposal was made. You cannot give a response without considering it,” Tomaševski commented on Wednesday.

He said that his party's council was meeting on Wednesday to discuss the election results and could also launch discussions about joining the ruling coalition. However, the decision will have to wait, he added.

“We have to discuss whether it's worthwhile to join the coalition and under what conditions,” Tomaševski said. “The government formation is not a goal in itself, but just an instrument to implement our program which is strongly focused on social justice.”

If the LLRA-KŠS and the Order and Justice party agree to join the ruling coalition, they will be offered positions in the government, Speaker of the Lithuanian Seimas Viktoras Pranckietis said earlier.

“I think that July 12 will be significant in the way that there might be some redistribution of positions for everyone to become responsible in the executive government as well, not only in the Seimas. That sharing of the executive power would probably lead to a coalition agreement,” he told the Žinių Radijas radio on Wednesday.

New coalition partners will help strengthen the currently fairly fragile majority, said Pranckietis, adding that so far there have been no talks on which government positions will be redistributed.