€500 a month makes you middle class in Lithuania, says Swedbank 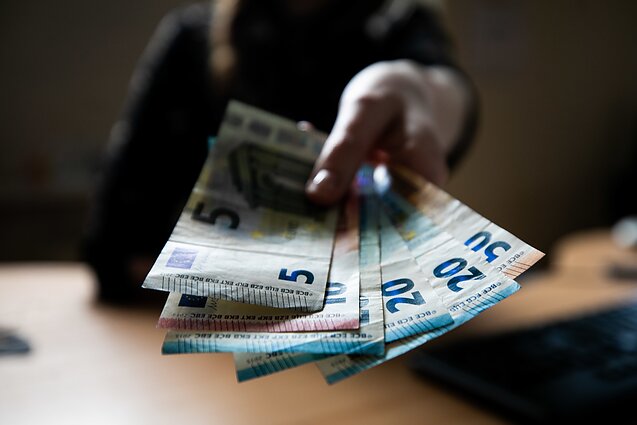 A study published earlier this month by Swedbank financial institute in Lithuania claims anyone earning over €500 a month in the country is considered middle class.

This aligns with the self-assessment, where 6 in 10 Lithuanians consider themselves to be middle class, according to Swedbank.

The current minimum wage in Lithuania is €430 after tax, with over a fifth of Lithuanians at risk of poverty, according to a study by Statistics Lithuania published in 2018.

“Fifty-nine percent of Lithuanians make up the middle class, based on Organisation for Economic Co-operation and Development (OECD) criteria,” said the chief economist at Swedbank Nerijus Mačiulis.

He also said someone earning €500 a month could afford to go on holidays abroad.

“It’s interesting, that it’s almost exactly the same amount of Lithuanians who considered themselves middle class” in the study, he added.

However, Mačiulis also pointed to the fact that OECD does not judge what someone can buy with the amount, or what lifestyle he or she can afford.

The criteria simply “calculates what percentage of people fall into the middle income zone, between 75 and 200 percent of the average [national] income,” he added.