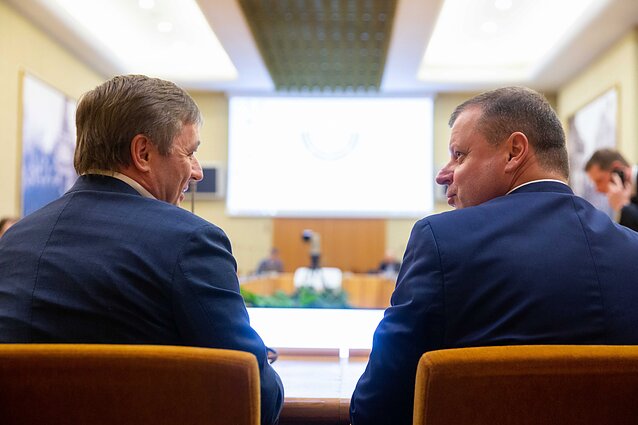 After losing presidential election, Lithuania's Prime Minister Saulius Skvernelis has hinted that his party's leadership could be put to a confidence vote.

Ramūnas Karbauskis, the leader of the Lithuanian Farmers and Greens Union which nominated Skvernelis, had said that the election would be a vote on the government's performance.

Asked whether Karbauskis should check if he still has the ruling party's support, Skvernelis responded in the affirmative.

“I believe this should, and probably will, happen,” he said at a news conference on Monday.

He added that he himself was not a member of the Farmers and Greens Union and was not planning to compete for the party's leadership.

Karbauskis responded on Monday by saying he was ready to face a confidence vote “this week or next”.

“I'll definitely do so, because I planned to call a meeting of the council this week or next,” the Karbauskis told BNS.

“But the conservatives will hardly have a reason to leap for joy. I've done this more than once before. I know my party, our people, and I think they'll want us to continue our work in a consistent and systematic way, because I don't see another option,” he said.

PM Skvernelis also reiterated his intention to step down as prime minister on July 12.

Karbauskis, who on Sunday hinted that he might ask Skvernelis to stay on, should the party perform well in the European Parliament elections on May 26, said on Monday it was unlikely.

“Skvernelis made it very clear (...). I'd try to talk to him if the nation said in the EP elections that the Farmers and Greens Union would best represent them. But this is unlikely to happen,” he said.

Skvernelis came in third in the first round of the presidential election on Sunday with 19.72 percent support and failed to qualify for the second round.

The May 26 runoff will see Ingrida Šimonytė, a former finance minister nominated by the conservative Homeland Union–Lithuanian Christian Democrats, competing with Gitanas Nausėda, an economist standing as an independent.

The two front-running candidates received 31.13 percent and 30.95 percent of the vote, respectively, on Sunday.