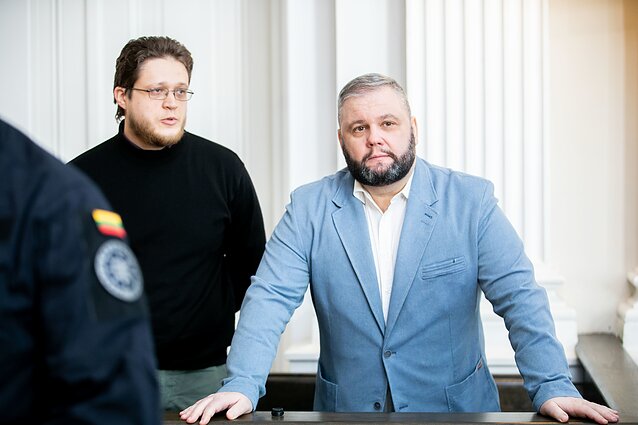 The Prison Department, however, rejects the accusations.

"We visited Mel yesterday after he was moved to Šiauliai. They started mistreating him there, "the diplomat told journalists in Vilnius on Thursday. "This is the issue we are going to take very seriously. He must be kept in prison conditions that meet international norms, and the Lithuanian side should know those norms and comply with them".

Mel was moved to the remand prison in Šiauliai in April. He's among 67 Soviet officers who were convicted for war crimes and crimes against humanity in the January 13 case.

Saulius Rajuncius, director of the remand prison in Šiauliai, says Mel's imprisonment conditions do not differ from those of others and that cells are installed pursuant to the existing legal requirement.

"The convict is kept in premises where one person has over 3.6 square meters of living space," Rajuncius told BNS Lithuania.

In his words, Mel was moved to the prison on April 2 and since then he was kept with another two persons in the cell for only a week and was alone for the remaining time.

"Worth paying attention to the fact that officers treat all convicts in compliance with ethical norms," the director said. "There have been no complaints from the convict regarding improper behavior of officers, staff or other convicts, or requests to be moved to another facility".

Mel was sentenced to seven years in prison, including the time he spent in detention waiting for the trial. So if his sentence is not changed, he will be released in two years. Mel and some of the other persons convicted in this case have appealed their sentences with a court of higher instance, just as the prosecutors did.

Udaltsov once again reiterated that Russia would not extradite the persons convicted in this case who reside in Russia. "The issue is closed," the ambassador said.