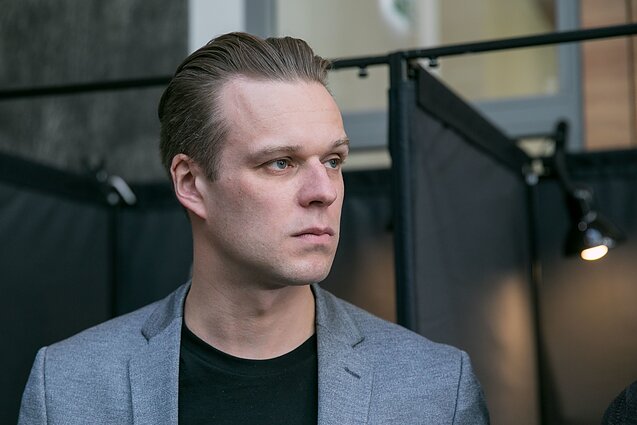 The conservative Homeland Union–Lithuanian Christian Democrats (TS-LKD), the biggest opposition party in the Seimas, have suggested three possible scenarios of what would happen if the Lithuanian Farmers and Greens Union (LVŽS) live up to their threats to quit the government.

“There is a high probability that we will have a crisis, triggered by Ramūnas Karbauskis, on Monday. We have asked experts to evaluate possible scenarios that would be in line both with our Constitution and with real political circumstances,” the conservative leader Gabrielius Landsbergis told reporters on Thursday.

Karbauskis, the leader of the LVŽS, recently suggested that his party, the biggest in parliament, would pull out of the government, if it performed poorly in this month's presidential and European Parliament elections.

Landsbergis said a realistic scenario would be to form a minority government.

“The first scenario would be to support a minority government, like what we had in 2007. That means that Saulius Skvernelis could stay on as prime minister and receive support from both some of LVŽS MPs and other groups in the Seimas. The Homeland Union would probably consider such an option, too,” he said.

The second option would be to appoint a new “professional” government without ties to political parties.

“The third option is the so-called Latvian scenario where all groups get a certain equal number of ministerial portfolios, rather than in proportion [to their seats in the parliament]. There are seven groups and each gets two ministers, forming a stabilization government until the next election,” Landsbergis said.

The LVŽS is the largest party in the 141-strong Seimas with 51 seats. It has formed the governing coalition with the Lithuanian Social Democratic Labor Party (LSDDP), which holds 11 seats. Their legislative initiatives are usually backed by seven MPs from the Order and Justice group and eight from the Electoral Action of Poles in Lithuania–Christian Families Alliance (LLRA-KŠS).