Lithuanian president leaves for EU summit on the bloc's future 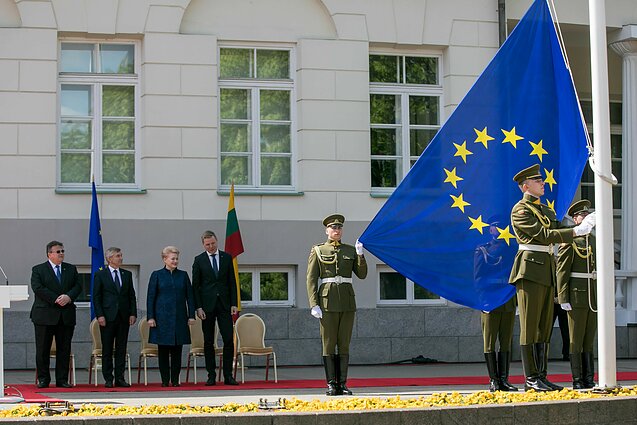 Lithuanian President Dalia Grybauskaitė is travelling to the Romanian city of Sibiu on Thursday to take part in an EU summit on the bloc's future.

“Before the European Parliament elections, EU leaders will adopt a joint political declaration that focuses on European unity, fundamental freedoms and strengthening of the principle of the rule of law and the need to look for common solutions,” the president's press service said in a statement.

“In Sibiu, the leaders will have the first debate on the EU's future political guidelines for 2019-2024,” the office said.

“These political guidelines will set the course for European development in four key areas – protecting the rights and freedoms of citizens, economic development, building a sustainable and fair European future, and strengthening its role in the world,” it added.

In an interview with LRT Radio aired on Thursday morning, Grybauskaitė said: “Of course, we all have our own opinion; we need to find the common denominator (...) as to how Europe will develop over these five years.”

The president said she would put forward proposals to strive toward an innovative, socially sensitive, and safe Europe.

Thursday's meeting will be a preparation for official discussions on EU future at the European Council in Brussels in June, according to Grybauskaitė.

“We'll see what each country emphasizes and what is important for them,” she said.

The United Kingdom, in the process of exiting the European Union, is not taking part in the Sibiu summit.