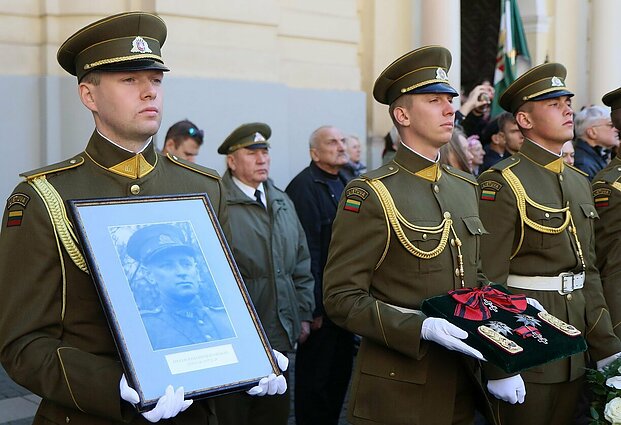 They claim the monument instead glorifies a ‘Nazi collaborator’ and a ‘vigilante’.

Efraim Zuroff, the Center's head in Jerusalem, told the BBC that Lithuania isn’t “telling the people the truth and they're not facing the truth”.

The Russian Embassy in the US protested the move on Tuesday, claiming “the event was especially cynical, since it almost coincided with the Holocaust Remembrance Day”.

In the Facebook post, the Russian Embassy goes on to accuse Lithuania of “glorifying Nazi collaborators and Holocaust henchmen” with “open support from NATO and the EU”.

Lithuania voiced a protest to Russia on Tuesday over its claims about Adolfas Ramanauskas-Vanagas, one of the leaders of Lithuania's anti-Soviet partisan resistance.

The protest was expressed to a representative of the Russian embassy in Vilnius, who was summoned to the Lithuanian Foreign Ministry.

“In the meeting, the Russian representative was advised to study the personality and activities of Ramanauskas-Vanagas more closely, as it is most inappropriate for Russia to accuse him of collaboration with the Nazis or of participation in the Holocaust. His impeccable reputation has been confirmed by numerous independent experts researching the historical events and archival documents of that time,” the ministry said in a statement. 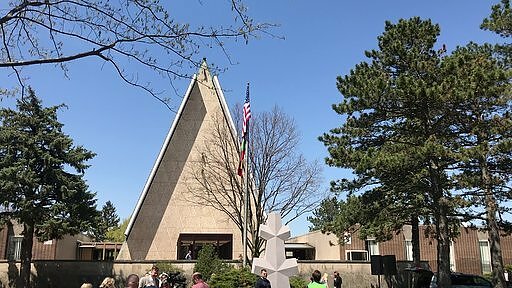 The ministry said it called on Russia “to refrain from spreading disinformation about the armed anti-Soviet resistance movement and attempts to rewrite history based on accusations by repressive structures of the occupying Soviet regime”.

“Such statements by the Russian side are a wider part of disinformation spread at all levels and are to be perceived as an ordinary attempt to discredit Lithuania's guerilla war, as well as to deny the fact of the Soviet occupation,” it said.

Born in 1918, Ramanauskas-Vanagas joined the armed anti-Soviet resistance in Lithuania in 1945. He was arrested and brutally tortured by the Soviets in 1956 and executed a year later.

The Seimas has recognized Ramanauskas-Vanagas as de facto head of state of post-war Lithuania that was fighting against Soviet occupation. 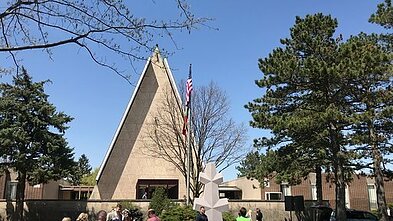