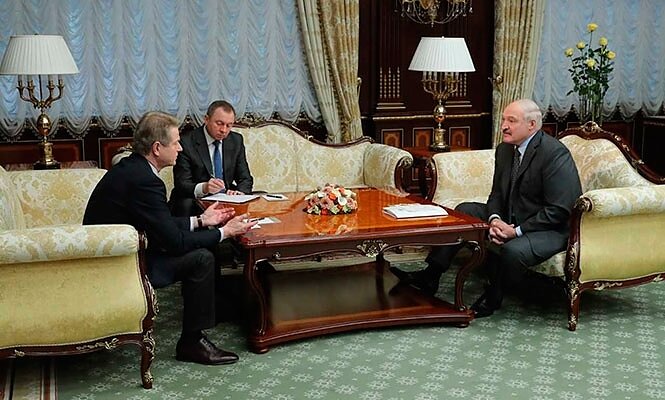 Lukashenko said Belarus sought peaceful and friendly relations with Lithuania. Paksas claimed that Lithuania failed to live peacefully with its neighbours, and it was something that should be changed.

According to Belarusian state-owned news agency BELTA, Lukashenko claimed it was normal for neighbouring nations to have disagreements, but “we have to communicate and talk to live peacefully” with each other.

“Starting from the joint security problems – as you know, there is currently a storm in Europe because of it, and God willing, it will subside,” said Lukashenko.

“Local problems, such as Astravyets Nuclear Power Plant, is another topic, which is very important to Lithuania, but we believe, is highly politicized,” said Lukashenko.

Paksas called for an international group of experts, which would observe the functioning of Astravyets nuclear power plant.

The plant under construction is less than 50 kilometers from the Lithuanian capital Vilnius, and has suffered numerous construction accidents; Lithuania claims the power plant is unsafe, and some politicians have called it an existential threat to the country.

The latest push by Saulius Skvernelis, the current Lithuanian Prime Minister and presidential candidate, to transform it into a gas power plant was rejected by Minsk in April 2019.

Lukashenko noted that Belarus and Lithuania were once a single nation, and the common history of the Lithuanian Grand Duchy should be a basis for developing bilateral relations.

The former Lithuanian president was removed from office in 2004 for granting Lithuanian citizenship to his major campaign donor from Russia, Yuri Borisov.

Paksas met Russia’s president Vladimir Putin in December, 2018, becoming the first high-ranking Lithuanian politician to do so since 2010.

Rolandas Paksas is serving as an MEP since 2009. 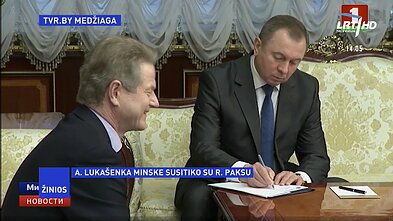 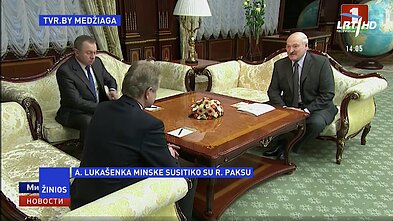