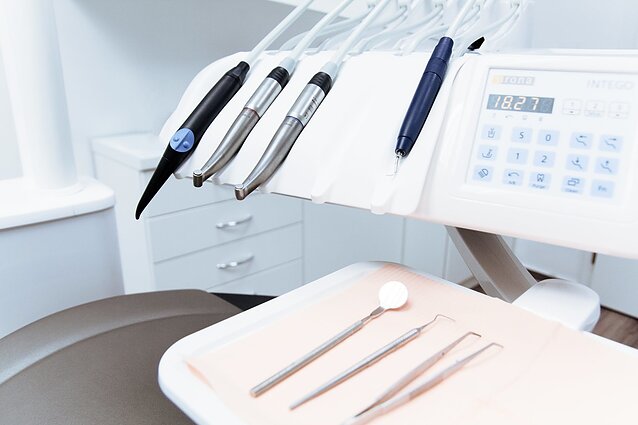 Lithuania has all it takes to become one of Europe’s dental tourism centres, but has yet to exploit its potential.

Hungary is an undisputed European leader of medical tourism – around 100,000 foreigners come to the country each year to have their teeth fixed.

Location is one of Hungary’s major advantages – it borders seven countries, is within two-hour flight from most places on the continent and has reliable air connections with all the major European capitals.

Hungary also boasts a higher number of dental specialists per population than most European countries. The quality of service is high, while the price is almost half of what one would pay in countries like the UK.

The same applies to Lithuania. The country’s dentists say their prices are 50 percent lower than in Western Europe while quality standards are comparable.

There are 143 dentists per 100,000 people in Lithuania, twice as many as the European Union average.

Unlike Budapest, however, Vilnius Airport services much fewer direct flights to European capitals. Moreover, the value-added tax paid on dental equipment and services stands at 21%, while in Hungary they are completely exempt from the levy.

What would it take for Lithuania to become a European centre of attraction for medical tourism?

Alvydas Šeikus, the council chairman of the Lithuanian Dental Chamber, says that the foreigners have yet to discover the country as a destination for medical tourism.

“Relatives and colleagues of clients do come [from abroad], but such cases are rare,” according to Šeikus.

Gintautas Gumbelevičius, a dentist, concurs. Most of his clients are Lithuanians, he says, while foreigners come only every once in a while. 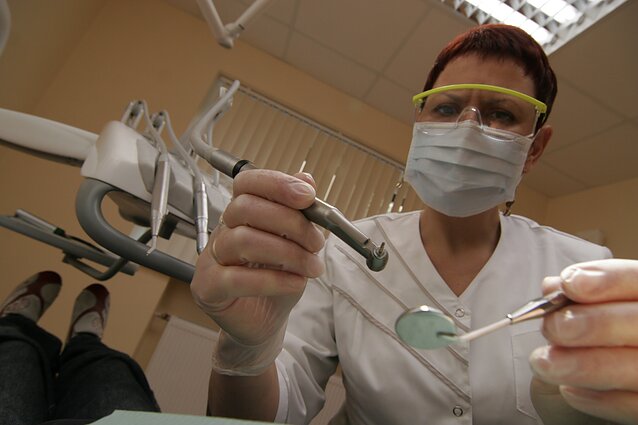 “Usually they are not regular clients. If someone learns about the clinic through recommendation and have some other business to attend to in Lithuania, then they come to have their teeth fixed as well,” Gumbelevičius says.

While Lithuania is within comfortable distance from Scandinavia, it would be a challenge to convince Norwegians to come for dental treatment to Vilnius, since many of these services in Norway are covered by general health insurance and so the price is not an issue.

Lithuanian dentists admit that they would like to attract more foreign clients, since domestic competition is quite intense.

“We did approach the Ministry of Economy about it, but it didn’t amount to much. In order to attract medical tourism, we must take other things into account, too. People would need additional services, like recreation and other medical procedures. For that, we need good air connections and a developed hotel network,” Šeikus says.

Who is in charge?

Laimutis Paškevičius, the president of the Lithuanian Medical Tourism Association, notes that Hungary, unlike Lithuania, can attract clients from neighbouring countries who seek good value for their money.

“In Lithuania, while dental service prices are below those in Western European countries, they are not as low as in Poland or Belarus,” Paškevičius says.

“Over there, the prices are lower by a third. And the quality is comparably good.”

The main difference between Hungary and Lithuania, however, is that the former has been putting consistent effort into attracting medical tourists from abroad for years he adds.

“Hungary has been pursuing consistent policy to attract medical tourism for 15 to 20 years. The state invests in it, as do businesses. They have a national strategy and dedicate adequate resources to marketing themselves,” Paškevičius notes.

Whereas in Lithuania, it is not even clear which institutions should be in charge of medical tourism policymaking.

“The Ministry of Economy claim it is within the purview of the Healthcare Ministry. The latter say that’s beyond their scope. No one owns it, therefore we cannot export our health services,” according to Paškevičius. 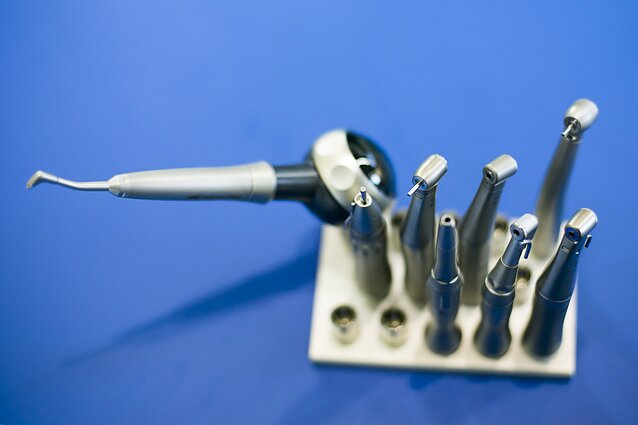 Šeikus, of the Lithuanian Dental Chamber, says that even Lithuanians themselves often look for cheaper medical services in Belarus or Ukraine.

Despite better economy, however, there are pitfalls to getting dentures outside the EU, he adds.

“For instance, every dental implant is certified, since Lithuania uses products made in the EU. Meanwhile products from outside the EU do not have such certificates.

“And so when people get their implants in Ukraine, return to Lithuania and have their screws broken, one cannot know what systems were used. The implant needs to be taken out, but our dentists are growing reluctant to go near the products they are unfamiliar with,” Šeikus notes.

Gumbelevičius agrees that Lithuanian dentists are often unable to perform even the smallest fixes to Ukrainian or Belarusian dentures because they do not have the tools.

“As we don’t work with non-EU-made equipment, there’s no way we can help such a person. We can’t even loosen a screw, because we don’t don’t have suitable screwdrivers. The person has to go back to the clinic where they got the implant,” Gumbulevičius says.

Šeikas notes that people who travel to Lithuania specifically to have their teeth fixed are usually Lithuanian expatriates.

“Getting a dental implant in Lithuania might cost you between €500 and €900, while in England the prices start at €1,500,” according to Gumbelevičius.

In addition to price, he says, Lithuanian expatriates prefer medical services in Lithuania to, say, Britain’s NHS because they find the quality of care in their adopted country inferior. 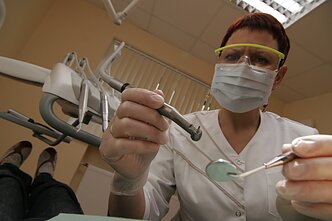 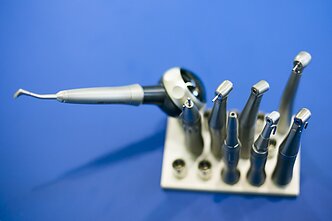