Run of lions in show of support for Lithuania's Eurovision performance 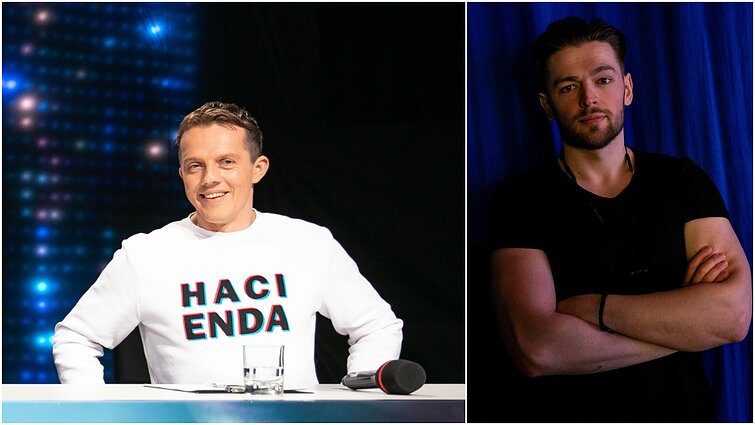 “Run with the Lions” is the name of the song, performed by Jurijus, that will represent Lithuania at this year's Eurovision Song Contest. Another musician and Eurovision alumnus proposes to give support – and some exposure – to Jurijus by doing just that, running with lions.

Vilius Alesius, the singer-songwriter who himself performed at Eurovision in 2001, is organising a run in Vilnius, encouraging participants to dress up as felines.

“To make ourselves distinguishable, it'd be great to don something lion-like: a T-shirt with a lion image, a hat or a tail,” Alesius tells LRT.lt.

The run is to take place on May 12, ahead of the Eurovision Song Contest on May 12-18 in Tel Aviv.

It was in Israel that Alesius had the idea, which came to him while jogging.

“I was running and it came to me, why not run with the lions? Jurijus' song is about that. So I invite everyone who supports Jurijus, Lithuania and the Lithuanian performance,” he says.

Jurijus, or Jurij Veklenko, a 28-year-old singer from Klaipėda, has won the right to represent Lithuania in Tel Aviv with the song written by Ashley Hicklin, Eric Lumiere and Pele Loriano.

He already has some experience on the Eurovision stage, having been one of the backing singers for “This Time” by Monika Linkytė and Vaidas Baumila in 2015, a performance that famously involved several “gay kisses”.

This time, however, Jurijus is in the lead and Alesius, who says he does not know the singer personally, can share a trick or two, having himself participated in Eurovision.

In 2001, he was part of the trio Skamp whose cheeky “You Got Style” finished in the 13th spot, Lithuania's second-best Eurovision result so far.

“To feel support from friends and people you know is very important. And if you see that others support you as well, even if they show it in unusual forms, it gives you encouragement. It is important, since you are responsible to the entire country's image. Though you shouldn't take failure too seriously – the key is not to finish last, to participate and have a good time,” according to Alesius.

“With all of our support, the chances of disgrace are smaller. It's like metaphysics – the more people believe in your success, the better,” he adds.