Polish Senate speaker in Vilnius: Our disagreements are exploited by enemies 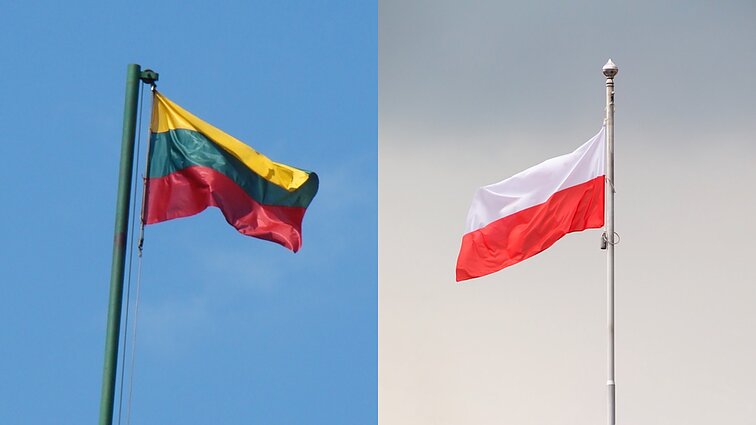 The speaker of the Polish Senate said in Vilnius on Thursday that some provisions of a treaty signed by Lithuania and Poland 25 years ago had not been implemented, adding that disagreements between the two neighboring nations were exploited by their enemies.

“Poles in Lithuania still cannot spell their names in the original letters and use the original place names in Polish, although Lithuanians in Poland enjoy these rights,” Stanisław Karczewski said at an event hosted by the Lithuanian parliament, Seimas, to mark the 25th anniversary of the Treaty on Friendly Relations and Good Neighborly Cooperation between Lithuania and Poland.

“Dear neighbours, we understand your sensitivity, but you can hardly reproach us for impatience. We do not want to impose on you any decisions that we ourselves are not adhering to. Lithuanians, Polish citizens, can spell their names in the Lithuanian form in Polish documents. Street names in the territories they live in are written in two languages,” he said.

Karczewski mentioned Polish-language education in Lithuania as another issue.

The speaker of the upper chamber of the Polish parliament said that disagreements over these issues marred bilateral relations between Lithuania and Poland and were used by their enemies to pit the nations against each other.

“The enemies of Poland and Lithuania have sought to divide us for centuries. And they continue to do so today. Their methods are neither original nor particularly ingenious,” he said.

Viktoras Pranckietis, the speaker of the Lithuanian Seimas, said the treaty had opened a new page in the history of both countries.

“This treaty ensured respect for the sovereignty and territorial integrity of both states. The treaty meant new principles of cooperation in security and defense. The common principles were a clear factor in the development of both the economy and cultural and educational ties,” he said.

Conservative MP Andrius Kubilius said Lithuanians “also had to step over the barriers of their historical grievances” before signing the treaty 25 years ago.

“Sometimes I ask myself a simple question. If such a treaty were put to a vote today, would it easily get the votes in both capitals? I am not sure about that,” he said.

Rita Tamašunienė, the chairwoman of the political group of the Electoral Action of Poles in Lithuania–Christian Families Alliance (EAPL-CFA) in Seimas, also noted that the treaty's provisions on ethnic minority rights had not been implemented.

“The implementation of Articles 13-17 is constantly pushed to the margins of the political agenda, and sweet promises often leave a rather pleasant aftertaste,” she said.

The then presidents of Lithuania and Poland, Algirdas Brazauskas and Lech Wałęsa, signed the treaty on April 26, 1994.