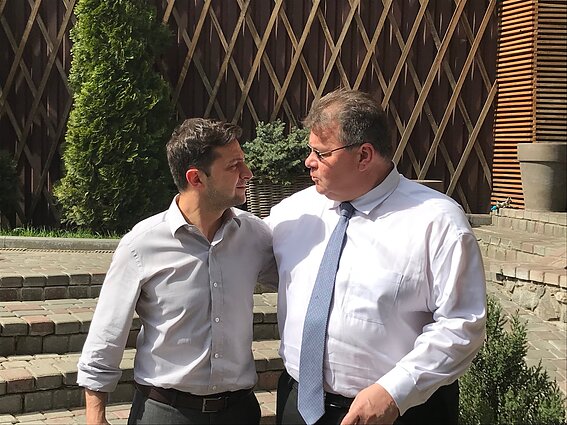 Ukraine's president-elect is committed to combating deep-rooted corruption in his country, Lithuanian Foreign Minister Linas Linkevičius said after meeting with Volodymyr Zelensky in Kyiv on Thursday.

“We had a very good, open, sincere, concrete conversation. I reiterated that we would continue our cooperation in areas where the president-elect would find it necessary and useful,” Linkevičius told BNS by phone.

“I also offered expert assistance both in building the team and in the rule of law and economic areas,” he added.

“Many criticize him (Zelensky), even though he hasn't started working yet. He is really determined to change the situation in this country, first of all, fight corruption which is deeply entrenched (in Ukraine) and probably was one of the reasons why the incumbent president lost the election,” he said.

The Lithuanian minister started his first visit to Ukraine on Thursday.

The visit comes several days after Zelensky, an actor with no political background, won Sunday's run-off election with 73.22 percent of the vote, defeating the incumbent, Petro Poroshenko, with 24.45 percent.