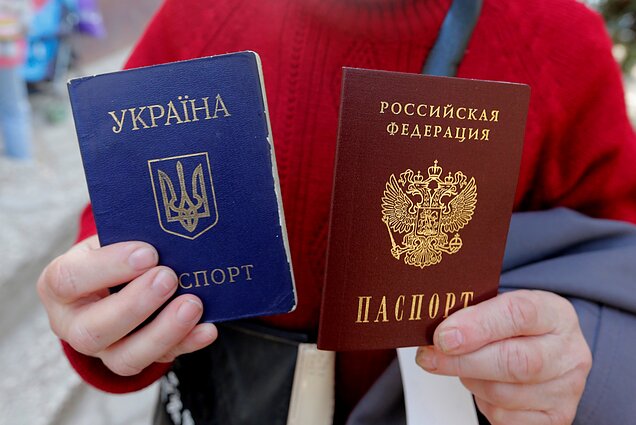 The Lithuanian Finance Ministry called on Thursday for the tightening of sanctions against Russia following Moscow's decision to ease the process for granting Russian citizenship to residents of Eastern Ukraine.

The Lithuanian Finance Ministry has called for tighter sanctions on Russia after Moscow made it easier for residents of Ukraine's separatist regions to obtain Russian citizenship.

The ministry has denounced Moscow's move to simplify the procedure for issuing Russian passports to residents in the separatist-controlled Donetsk and Luhansk regions, saying this represents “unlawful interference in Ukraine's domestic affairs” and “gross violation of Ukraine's sovereignty and territorial integrity”.

“Lithuania calls on the international community to strongly condemn these unjustified actions by Russia”, not to recognise the documents “illegally issued by the Russian Federation” and to tighten sanctions “for the ongoing violation of Ukraine's sovereignty and territorial integrity”.

Russian President Vladimir Putin signed a decree on Wednesday simplifying the procedure for obtaining Russian citizenship for permanent residents of certain districts of the Donetsk and Luhansk regions.

The Lithuanian Foreign Ministry described the move, which came just three days after Ukraine's presidential election, as an attempt to step up pressure on Ukraine and its president-elect, Volodymyr Zelensky.