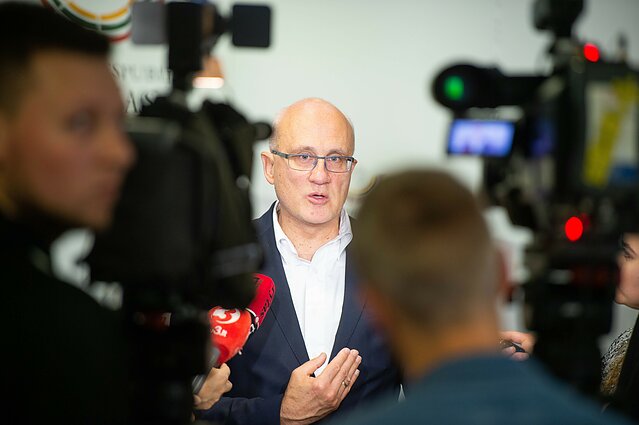 The chairman of the Committee on Budget and Finance in the Lithuanian parliament, which is investigating the causes and effects of the 2009-2010 economic crisis, expects to meet with the heads of Sweden's central bank and financial watchdog during his visit to the country next week.

“We will discuss the crisis in the Baltic countries and Lithuania with both authorities,” Stasys Jakeliūnas told BNS on Thursday.

“Since Sweden's parliament, central bank and financial supervisory authority have voiced their positions about the causes behind the crisis, we will discuss the ongoing investigation [in Lithuania] and will look at whether these findings and positions are different or similar,” he added.

Jakeliūnas said he was ready to inform the Swedish authorities about his strained relations with the Bank of Lithuania and to discuss the issue of Vilnius interbank offered rates (VILIBOR) with them.

Jakeliūnas has gotten into a spat with the Lithuanian central bank's chief over the MP's claims that commercial banks inflated VILIBOR and charged unreasonable interests on mortgages in 20019-2010.

Jakeliūnas said that neither SEB and Swedbank in Sweden nor their Lithuanian branches had responded to his attempts to contact them.

The MP has publicly reproached the Scandinavian banks for allegedly contributing to the financial crisis in Lithuania. He has also suggested that the concentration of Scandinavian-owned banks in the Baltics needs to be reduced.

Jakeliūnas is scheduled to visit Sweden on May 2. The Lithuanian embassy in Stockholm has helped to arrange his meetings.