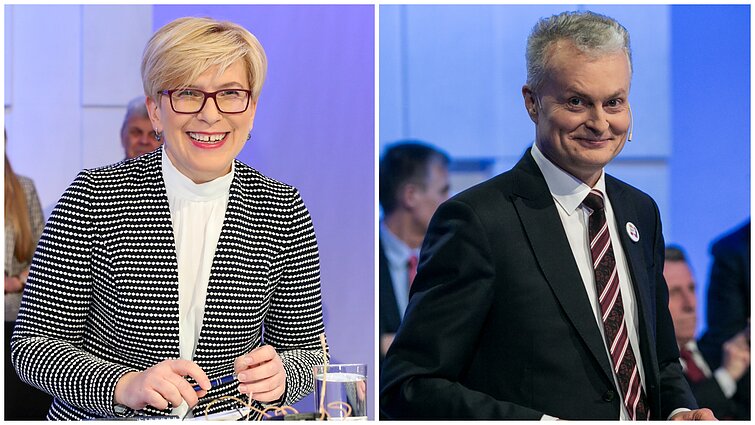 The current prime minister and the candidate of the ruling Farmers and Greens Union, Saulius Skvernelis, is number three with 16.7 percent, according to the Vilmorus poll conducted in early April.

Counting only those respondents who said they indented to vote in the election in May, the percentages for Šimonytė, Nausėda and Skvernelis are 27.3, 26.8 and 20.4, respectively.

Vladas Gaidys, director of the pollster Vilmorus, notes that the difference between the two leaders is very slight, but the trend is good news for the conservative MP.

“Šimonytė's electorate is more active, more likely to show up at the polls, while Nausėda has a broader base. We will see how these factors will interplay,” Gaidys tells LRT Radio.

He adds that Nausėda's popularity with a less attached, but broader base of voters can be decisive if he and Šimonytė face one another in the run-off vote.

Vytenis Povilas Andriukaitis, the social democratic European commissioner, is fourth with 7.9 percent (9.7 of those who plan to vote), followed by independent Arvydas Juozaitis with 4.5 percent (5.5).

“Andriukaitis' numbers are growing, but the upturn is too late. He can hardly have any realistic expectations to make it to the second round – he should have started campaigning earlier,” according to Gaidys.

He adds that Andriukaitis' main objective is probably to present his party's social democratic platform in time for next year's general elections.

Lithuanian voters are electing a president on May 12, with the run-off vote scheduled for May 26. In all, nine candidates are running.

The Vilmorus poll, commissioned by the daily Lietuvos Rytas, was conducted on April 4-13.