Lithuanian beetle farmer says insects are the future of diet 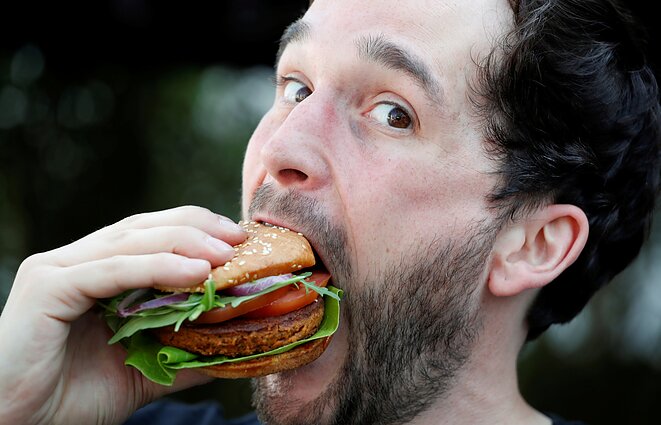 Eating insects might sound like an eccentric dietary choice today, but in the future more of the humanity will have to embrace entomophagy as the only sustainable way to feed itself. Lithuanian insect farmer Mantė Šidlauskaitė says people's habits are already changing – and mealworm beetles actually taste like corn.

Demographers predict that, by 2050, the Earth will have to support a population of about 10 billion people. We will need to increase food production by 80 percent to feed them, but merely extending the current diet to more people would be unsustainable. Eating insects, on the other hand, would.

Even today, two billion people eat 1,900 species of insects. The technical term is entomophagy, from Greek entomon, “insect”, and phagein, “to eat”. And it is just as nutritious as eating meat.

An acquired taste it may be, but from the point of view of sustainability, more people should embrace entomophagy. Studies show that crickets convert feed into proteins twice more efficiently than chicken, at least four times so than pigs and 12 times more efficiently than cattle, in addition to consuming less water.

Lithuanian entrepreneur Mantė Šidlauskaitė has set up a farm where she grows mealworm beetles. She and her team also develop equipment that analyses optimal conditions for farming insects. Šidlauskaitė talks to LRT. 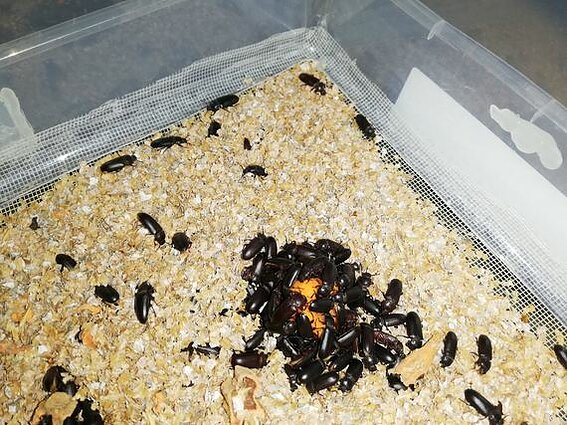 Have you tasted your own insects?

Yes, of course. Mind, though, that I don't eat them every day, as some people assume.

How does it taste?

It tastes like corn. Depends on the type and how you prepare it, on seasoning. Whether you add sugar, salt or chili peppers.

Do you feel attached to your beetles as some animal farmers do?

Sure, but I do realize what I'm farming them for. So I try not to think about it when I'm making food.

Insect farmers and scouts for unconventional foods are attracting more and more investment. Why?

There are many reasons. Economically developed countries are dedicating increasingly much effort to the environment and sustainability. Insects use up much less land and water compared to chickens, pigs or cattle.

So in the societies that value sustainable development, consumers are conscious, they pick food responsibly. And where there's demand, there's supply and investment.

Moreover, because of population growth, we will need 70-80 percent more food than we're producing now. So people are looking for alternative sources of protein. And insects are very nutritious.

Will people have to change their eating habits?

People won't have to do anything, there'll simply be no other choice. Over the course of history, people were constantly changing their eating habits. We didn't use to eat shrimps or oysters and now we do.

I trust that there are more good examples. We only need innovators to experiment and people will follow their lead and adapt. But there will always be some who won't eat insects, as long as there's meat.

What is special about mealworm beetles?

They have a short growth cycle, they are easy to farm, have high nutrition value. People can eat them and they're good for animal fodder.

What are the weirdest animals that people eat?

For many, even mealworm beetles look unusual. Tarantula may sound exotic, scorpions. I saw a documentary about a traveler in China tasting a larvae. You have to take it by the head with chopsticks and bite off the body before the larvae bites you in the tongue. That would be interesting.

Is it possible to make a profit in insect farming in Lithuania?

I think you can make money in any business, as long as you have a good idea and pursue it smartly. On the other hand, at one time everyone was growing earthworms, but not that many made any money. To do that, you need a clear and long-reaching vision.

I still find it hard to believe that many people will agree to eat insects in the future.

A person's diet is a very intimate and personal thing, so you really can't force them. Everyone has different tastes, after all. Some love green olives, others hate them. It's a fact that insects make for nutritious food. People's opinions will change, some already are changing, but it's also their own choice to make.

What are the biggest challenges for an insect farmer?

Regulations. There are no general standards for hygiene and processing, no standard technologies.

How do you see the future of our food?

Much of the non-animal protein will come from edible insects. It will be used in many forms and in many food products. Also, products will find their way to our homes that are not cheap, but of good quality and sustainable. 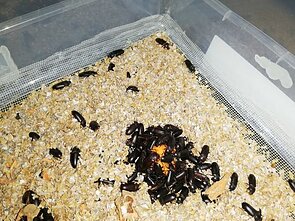