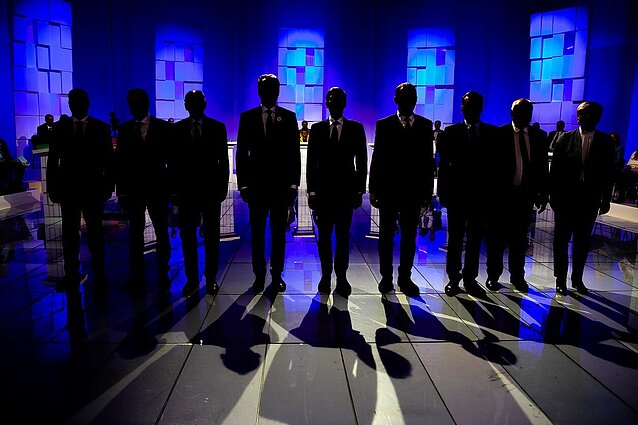 The nine candidates vying for the Lithuanian presidency met in a second televised debate to discuss national security and defence. Trump, EU defence force and the Estonian president's meeting with Putin were some of the topics that came up Thursday night.

Who are the candidates?

Mindaugas Puidokas. Member of parliament, elected with the Farmers and Greens Union, but running without the party's nomination

Valdemar Tomaševski. Member of the European Parliament, candidate of the Electoral Action of Poles in Lithuania 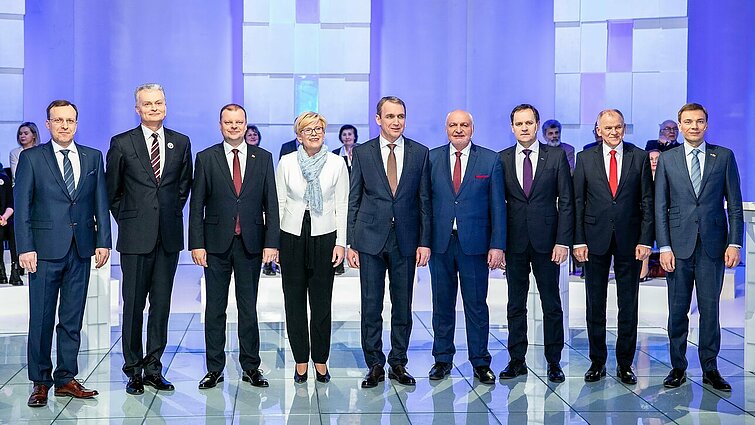 In the first debate, the candidates discussed foreign policy.

Asked what the weak points of Lithuania's defensibility were, Tomaševski named a lack of tanks and military airplanes and too small an armed force. A force of 10,000 professional soldiers and some 3,000 conscripts was much smaller than what other similarly-sized countries have, according to Tomaševski.

In Andriukaitis view, airspace defence is Lithuania's Achilles' heel, but this is why NATO jets regularly patrol the Baltic skies. 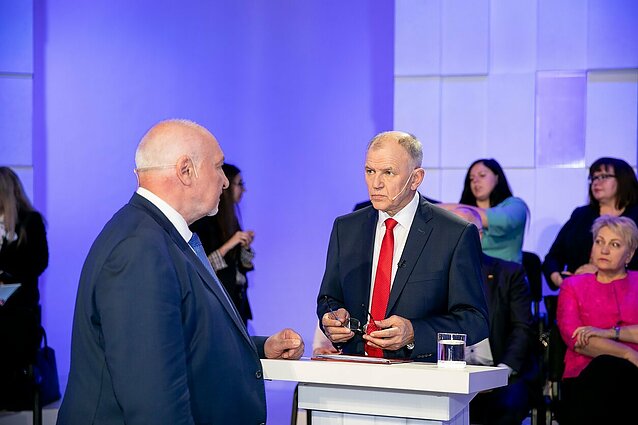 Nausėda believes the society's willingness to take up arms is key. He quoted polls saying that only 47 percent of Lithuanians would defend the country in case of an attack and only 28 percent knew how to do it.

Puidokas said Lithuania's geography puts it in a vulnerable position where it can be easily cut off from NATO supplies, and that therefore defence cooperation with Poland was crucial.

Meanwhile Juozaitis said dual citizenship was a key security issue. Also, "no one is talking about Russia's second nuclear giant in Neman", he said, referring to Russia's nuclear plant project in Kaliningrad. 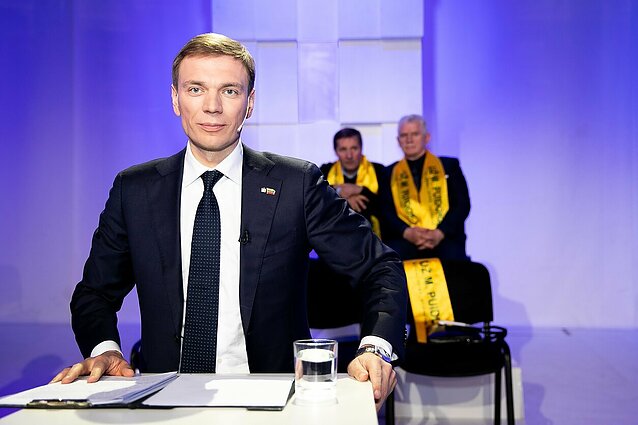 Puteikis aslo mentioned geography, meaning that Lithuania's landscape offered no natural barriers for hostile forces to overrun it. "Our forests no longer defend us."

In Šimonytė's view, too, the threat of being cut off from NATO was the biggest problem.

Skvernelis, the prime minister, said NATO was living up to the commitment of deploying troops in Lithuania, though their response speed and airspace defence still needed work.

Does the EU need its own defence force?

The candidates were asked if the European Union needed "strategic autonomy" in defence matters and what it would mean.

Most were reserved about the prospect, fearing that EU initiatives might interfere with those of NATO. 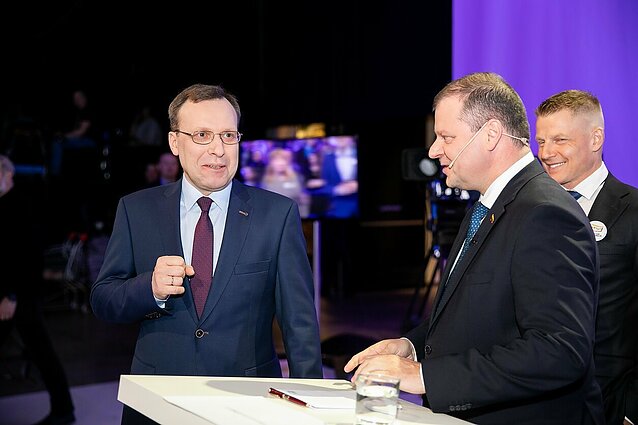 "The more of the US we have near Lithuania, the better" said Puidokas.

Puteikis said that European armed forces were "a joke" proposed by Emmanuel Macron and Angela Merkel who "are disarming Europe" and demoralizing NATO.

Skvernelis claimed that discussions about EU forces were "harmful".

Others were more moderate, but also favoured NATO over any strictly European defence arrangements.

Andriukaitis noted, though, that Lithuania was already involved in EU defence programmes.

Relative consensus prevailed on the question of whether women should be subject to conscription.

Most candidates offered variations on "only if they want to", coming short of supporting mandatory service for women. Šimonytė alone said "we must have as many people as possible trained to defend the country". 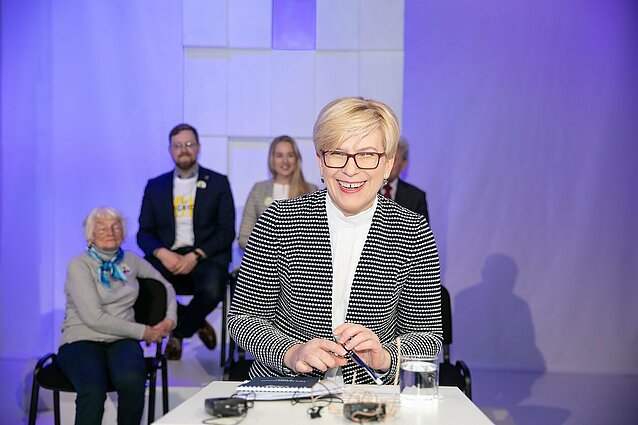 How to win more favour with the US?

It is generally agreed that the US plays a key role in Lithuania's security. How would the candidates ensure that Washington takes it seriously?

Mazuronis said Lithuania must show itself to be a good ally and play a mediator role between the EU and the current US administration (ie, Trump), "not to allow anyone to drive a wedge between these two structures".

Šimonytė thinks that Vilnius needs to engage in "more active political lobbying", making sure that the new generation of Washington politicians know where Lithuania is and what it needs.

Most candidates emphasised the need to at least maintain the current defence spending and participate in international missions. 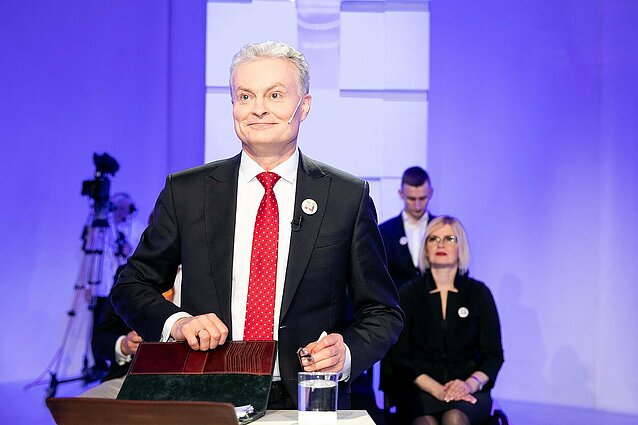 Tomaševskis slightly departed from the consensus, saying that great powers make deals at the expense of small countries as a matter of course. US, Russian and Israeli presidents "do politics" in their national interest, while Lithuania should focus on welfare for its people.

Skvernelis and Puteikis mentioned the need to show support to Washington during "votes in international organisations", meaning the recent UN resolution censuring the US for moving its embassy to Jerusalem. Lithuania, along with most of the EU, supported the resolution.

"We are sucking up to Germany and betraying the US," was Puteikis' take on it.

Russia and the Estonian president's meeting 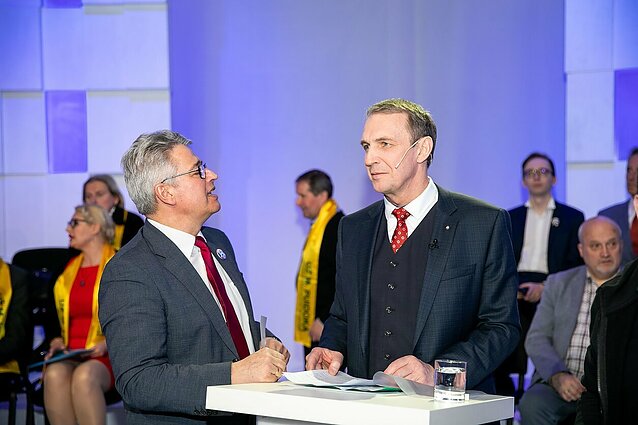 According to Mazuronis, Lithuania should refrain from criticising the Estonian president too harshly, since sowing discord is exactly what Putin wants.

Tomaševski "welcomed" Kaljulaid's visit to Moscow, saying she was thus furthering her country's interests. He used the opportunity to slam Lithuanian leaders' "militant rhetoric" against Russia.

Andriukaitis, too, commended the Estonian president's move which, he said, was perfectly in line with the EU's policies and Estonia's public opinion. He regretted that the Lithuanian prime minister, and his opponent in the debate, hadn't gone to Moscow himself.

Nausėda was cooler, saying it was "naive" to expect Russia's behaviour to change. Kaljulaid's meeting with Putin was "normal", but he doubted whether it would prove productive and not be exploited to divide the Baltic states. 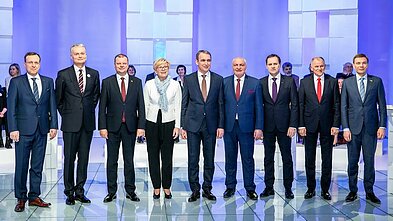 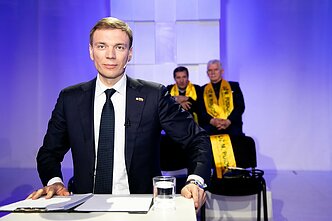 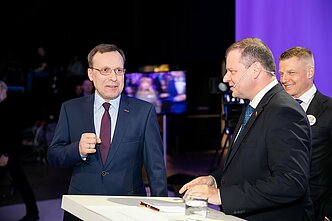 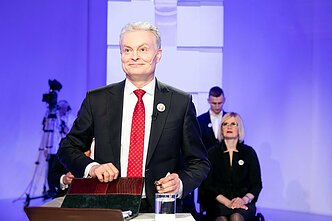 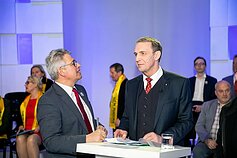 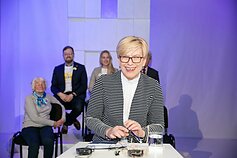 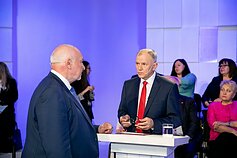