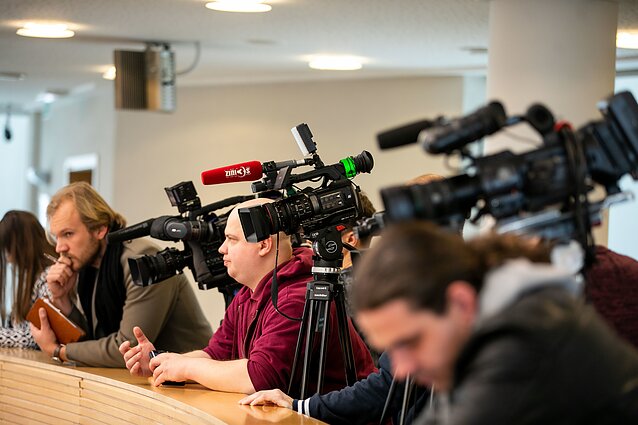 Lithuania has moved up six positions in the 2019 World Press Freedom Index, compiled by Reporters Without Borders (RSF). It now ranks 30th among 180 analysed countries.

RSF says in the report that “journalists in Lithuania are slowly freeing themselves after years of oppression by local media moguls” and that independent investigations are gaining momentum.

On the other hand, press freedom in Lithuania has been threatened by recent government initiatives, most of them top-down regulation attempts to protect the public sphere from Moscow-led disinformation.

RSF also note an increasing number of verbal attacks against journalists as “the ruling majority and opposition fight over the management reform of public service broadcasting”.

Lithuania is slightly below its Baltic neighbours in the Press Freedom Index: Latvia is in the 24th spot and Estonia is 11th. Poland ranks 59th.

On the other side, Belarus and Russia rank towards the bottom of the list, 153 and 149 respectively.

Press freedom is most secure in Norway, Finland, Sweden, the Netherlands and Denmark, according to RSF. Vietnam, China, Eritrea, North Korea and Turkmenistan are at the bottom of the index.