Vilnius man accuses Polish police of beating him up 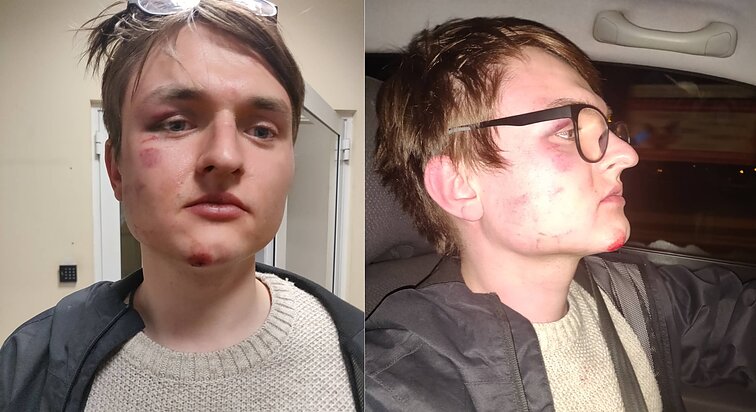 Justinas Černiauskas, a Lithuanian from Vilnius, has accused Polish police officers of hitting him around 40 times when he refused to pay them money for an unregistered traffic violation.

The 26 year-old claims that police stopped him in the Polish town of Lomza after he overtook a police car in an impermissible area. He was issued a fine of 500 zloty (€117).

Černiauskas has told LRT that the police officers did not fill out a report and simply demanded cash. When he refused and blocked the police car which was about to leave with his ID, he was knocked down, taken into the police car and then beaten-up.

Černiauskas says he then agreed to pay. The police officers calmed down and accompanied him to the nearest ATM to withdraw money. After receiving the money, the officers drew up a report and left.

The Lithuanian Embassy in Poland has turned to the Lomza police commissariat over the incident.