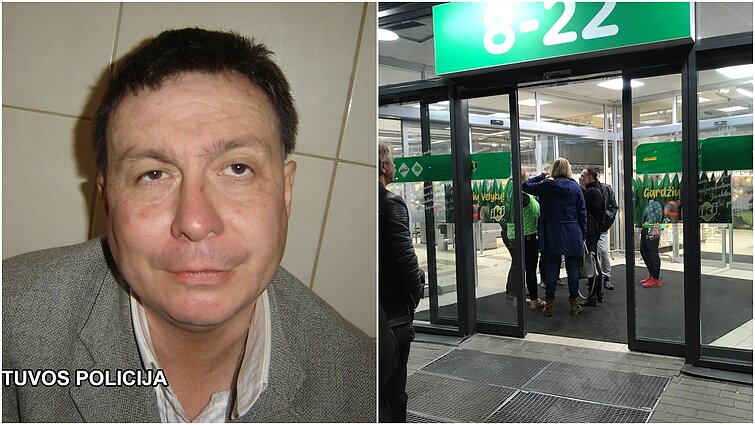 A Russian citizen suspected of wounding four people during a knife attack in a Vilnius supermarket has told a court he fears persecution in Russia.

He voiced his concerns to Vilnius City District Court during his arrest hearing on Tuesday.

“The court satisfied the prosecutor's request and sanctioned his arrest for three months,” Rimantė Kraulišė, a spokeswoman for the court, told BNS Lithuania.

Prosecutor Tomas Cepelionis told reporters that the man told the court he fears persecution by the Russian government and, possibly, police. He mentioned President Vladimir Putin and generals.

“He's having difficulty expressing his opinion. I would say he's not completely adequate. We will need psychiatric assessment,” he said.

The man, his wife and two children were to be deported from Lithuania.

“We will make every effort that the wife does not have to leave, as the investigation has only been recently started,” the prosecutor told journalists.

According to Cepelionis, the suspect claims to have been suffering from depression for the past four years, saying that he took a triple doze of his medicine after learning about his imminent deportation. He claims not to have any memory of the incident at the supermarket before being arrested by the police.

During a search at his home on Monday, police also found home-made explosives. The prosecutor said the search was carried out as part of an investigation into a fire at the IKEA store in Vilnius.

The Russian citizen is suspected of injuring four people with a knife during an attempted robbery of a supermarket in Jonažolių Street, Vilnius, on Sunday night.

Officers are also looking into whether the man could be linked to an arson at the IKEA store on the same night.