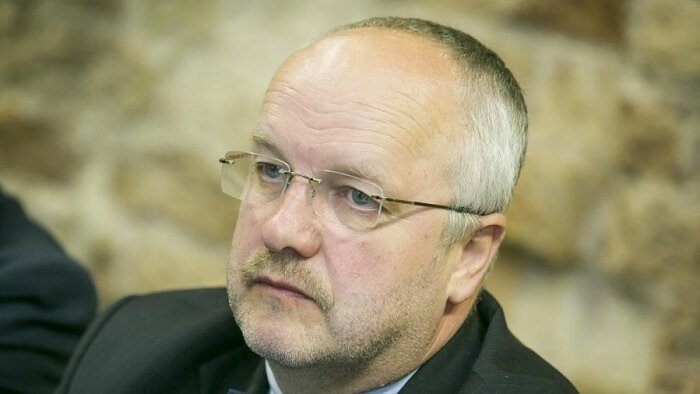 Defence ministers of the three Baltic states have agreed to analyze the possibilities of establishing a joint medium-range air defence system.

Defence ministers of the three Baltic states have agreed to analyze the possibilities of establishing a joint medium-range air defence system.

The commitment was stipulated in a joint communiqué signed by the Lithuanian, Latvian and Estonian ministers on Thursday.

"We will look together into the possibility of developing a medium-range air defence system seeking to ensure that the Baltic states are in possession of the critical defence capabilities," Lithuania's Defense Minister Juozas Olekas told journalists.

In his words, an agreement was also reached to step up cooperation with Poland as the Baltic states' neighbour and NATO's strategic Ally "to ensure a unanimous response to possible threats."

The meeting with the ministers once again restated the commitment to continue providing the support of the hosting country to Allied troops and addressed joint regional military training, which would contribute to better training conditions for rotational forces.

"We decided to further strengthen the interaction of the Baltic search-and-rescue systems, so that the actions and support in case of emergency in any of the Baltic states were coordinated and performed in time," he said.

In Olekas' words, the meeting welcomed the progress achieved in the NATO force integration units in the Baltic states. The ministers of Lithuania, Latvia and Estonia also agreed to seek in the upcoming meeting of NATO defense ministers that the "NATO agreement regarding the existing and additional measures of deterrence in the Baltic region is implemented."

"It is vital to ensure permanent presence of military forces of our Allies, particularly Americans, and prepositioning of military equipment and other measures of NATO policies in the Baltic states," the Lithuanian minister added.