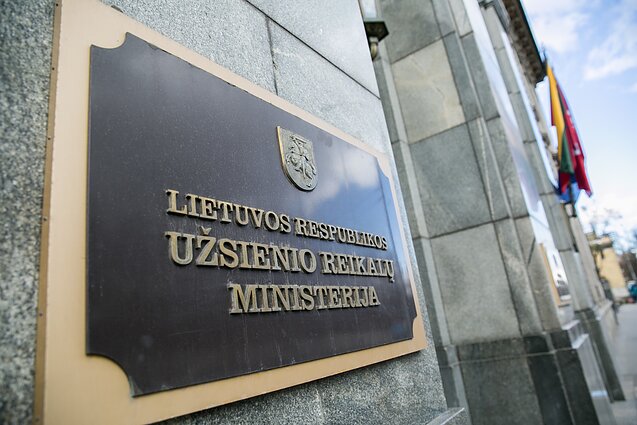 Lithuania has handed a note to Russia's ambassador in Vilnius over threats to the country's diplomatic staff in Moscow, the Ministry of Foreign Affairs said on Friday.

The ministry said that the Lithuanian embassy in Moscow received a letter on March 31 telling its employees and their families to leave the country within a month.

The letter was signed by “Russian Veterans”, an organisation of former special service operatives.

Lithuania's Foreign Ministry believes the threat is a response to the so-called January 13 case. A Vilnius court last month convicted former Russian military operatives for their involvement in the 1991 Soviet attempt to crush Lithuania's move for independence. On the night of January 13, Soviet soldiers killed 14 people and injured hundreds.

The Ministry said it had asked the Russian government on April 1 to investigate the threats but received no response.

The second note, handed to the Russian ambassador in Lithuania, reiterates demands to ensure the safety of the Lithuanian embassy staff and their families.