Lithuanian ambassador recalled from Moscow for involvement in visa investigation 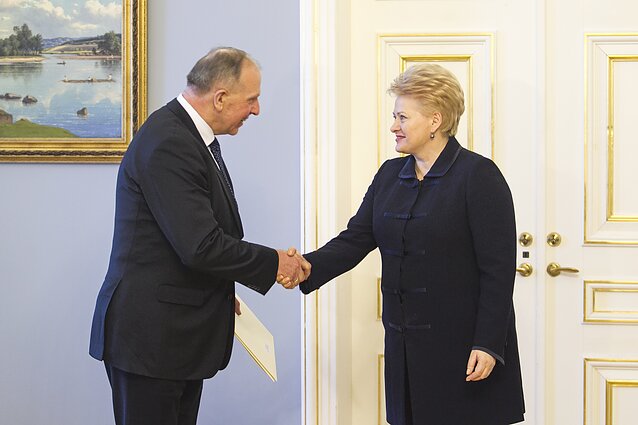 Lithuanian Ambassador to Russia Remigijus Motuzas is to be called back to Vilnius for consultations as he's becoming vulnerable, Lithuania's Ministry of Foreign Affairs said on Thursday. Motuzas has said he is not going to step down from his post.

The ministry says there are two reasons for the decision, including an ongoing pre-trial investigation in a visa case and also threats against the ambassador over the January 13 case.

“The ambassador is being summoned for consultation due to vulnerability following the threats that the embassy, its staff and the ambassador received after the January 13 ruling,” Rasa Jakilaitienė, spokeswoman for the minister of foreign affairs, told BNS Lithuania.

“Since the investigation in being carried out, and there's that status of a special witness, and since it has to do with Russia in some sense, so the ambassador might be vulnerable. (…) Perhaps he should not go to that country for some time,” the minister said.

“Questioned as a special witness in a case of non-transparent visa issuance, Lithuanian Ambassador to Russia Remigijus Motuzas has become vulnerable and casts a shadow on the diplomatic service,” the president told BNS Lithuania via her press service.

No plans to resign

Motuzas himself said on Friday he was not going to resign.

He also said that his work as ambassador in Russia was “very complicated and not easy” in view of the tense relations between Moscow and Vilnius, and therefore urged caution before making decisions.

The opposition party Homeland Union – Lithuanian Christian Democrats have called for Motuzas to be permanently recalled from Moscow.

Special witnesses are normally questioned about their actions when there are no grounds to bring charges against them.

Prosecutors suspect Šidlauskas of having been bribed to use his influence to secure a Schengen visa for Nasirov.

Motuzas had earlier confirmed that Nasirov and his son were issued Schengen visas in late March and had an invitation letter by Šidlauskas.

The ambassador claimed that Šidlauskas called him in late March and inquired if his letter had arrived.