Ministry of Defence comes up with the first list of conscripts 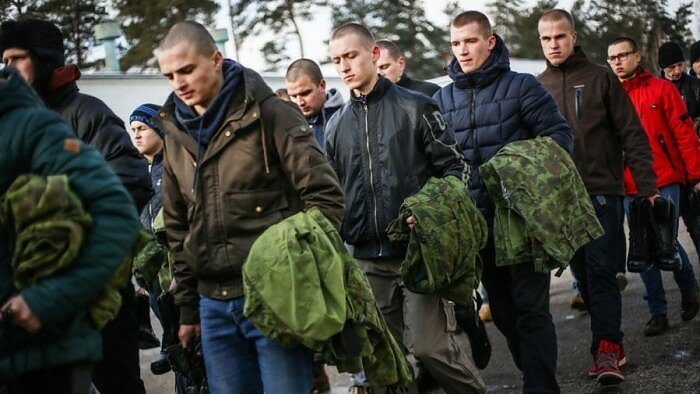 Lithuanian Ministry of Defence has concluded the first list of conscripts and will sent conscription notices to 37 thousand men, from whom it will choose 3 thousand.

Lithuanian Ministry of Defence has concluded the first list of conscripts and will sent conscription notices to 37 thousand men, from whom it will choose 3 thousand.

Lithuania decided to reintroduce conscription after Russian annexation of Crimea. Conscription was suspended in 2008 when Lithuania chose a fully professional army.

Ministry of Defence now has a list of 36 825 of men, aged 19-26, of which 3 thousand will be called this year.
The actual number might be lower, as the priority will be given to volunteers. Over 1000 volunteers have already signed up.

The lists were concluded by random lottery principle and will be made public this Wednesday on a website.

Information about persons who have received conscription notices, but failed to report to staffing units within a month would be handed over to the Police Department, and those young men will face criminal and administrative liability.

The first conscripts are scheduled to start military service on 24 August.

Minister of Defence Juozas Olekas generates a list of conscripts

JUOZAS OLEKAS, Minister of Defence:
Conscripts in the list are chosen in a completely random order from the first… up to (tries to name 36 825)… they will give the exact number. We will draw according to this list from the very first one, and we will stop once the number is sufficient.

Websites where the lists will be made available  on Wednesday

GEDIMINAS DAVYDOVAS, Defence Ministry representative:
When making lists, we have already evaluated information from citizens, students’ and pupils’ register, and disability agency. Preliminary, we have already not included around 50 thousand of young people of this age group.